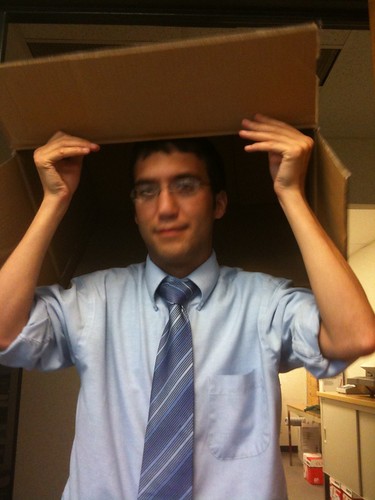 Good morning, my dear KSR friends, and welcome to an extremely short edition of the Wednesday News and Views, which come on the heels of what turned out to be a very strange 24 hours.  The day started off with the passing of baseball greatest owner, George Steinbrenner, whose complexity and importance could never be communicated properly here, and finished with the entire KSR staff locked in their rooms, still crying “are our parents getting divorced?” tears after a very public and passionate Twitter fight between Bomani Jones and Gregg Doyel.  I think BTI is cutting himself.  In the end, Tuesday resulted in two firsts for me:  missing the MLB All-Star game (a nerdy passion) and not getting NCAA College Football on the day it was released.  It also marked the first time I made the public aware of how pateticly boring I am by admitting that missing a baseball exhibition and not getting a video game ruined my day.  Obviously that’s a lot of emotional highs and lows for one day, so we’re going to make this very short so I can go cry in bed for the three hours I have until I go to the airport.

– The most newsworthy tidbit of the day was the heavy pursuit of 2011 star big man Anthony Davis, who was apparently throwing down on anyone with a pulse at the Peach Jam in Augusta, S.C.  Coach Cal, along with Kenny Payne and Coach O, shared the bleachers with Rick Pitino, Billy Donovan, Jim Boeheim, Jim Calhoun and Thad Matta, to watch Rivals’ #8 player in the country lead his “Mean Streetz” team against some team called “Playaz”, again proving that talent isn’t the only thing seperating rec leage from the Amatuer Athletic Union.  Creativity.  You want “Tigers” or “Bears”?  Go rec league.  You want Pump N’ Run?  Go AAU.   The 6’10” forward, who was 6’2″ only a year ago, puts UK in his top three with Ohio State and Syracuse.

– One of Peach Jam’s other big draws was UK commit Michael Gilchrist, who faced off with Davis earlier in the day in a game that was chronicled by The Sporting News’ Mike DeCourcy.  After traveling back from Germany, Gilchrist “rolled out of bed” and dropped 26 points while being defended by Davis.  I’m sure you have the same morning routine.

– It was another big night in summer league basketball for former UK players as DeMarcus Cousins went for 19 and 12  (both team highs) and Patrick Patterson went for 14 and 9 on the day he signed his professional contract.  On Wednesday, Cousins will take a crack at a team that passed him up (Minnesota) while Patterson will do battle with the Denver Nuggets, more commonly known as the Kentucky Wildcats Alumni Association of Colorado.

– If you’re wondering what it looks like after you get beat up by 7-10 Tennessee football players, here you go.  You look like the Blazer Chronicles guy with a black eye, I guess.  You can already tell these guys are not being coached by Monte Kiffin.  He’d never allow hitting like that.

– On the football side of things, UK officially introduced Greg Nord as their special teams and tight ends coach.  In 12 months (or maybe less) we’re going to look back and realize what a great move this was.  For today, it goes behind a story of Tennessee football players fighting.  This is the life of the special teams coach.

That’s it for now.  Stay tuned throughout the day as Matt finally returns and, like any good girlfriend or wife, only tells you about the parts of his Vegas trip that you actually want to hear about.  Then, the rest of us are going on a long vacation.  Make sure you stick around.  See you in a few…