In just this last week leading up to tonight’s showdown with Ole Miss, a new household name has arrived at our doorstep in the form of Marshall Henderson. We haven’t had the opportunity to experience true disdain and disgust with him yet, but we’ve been exposed to the possibility of what is to come tonight. After the hoopla surrounding his jersey popping and the reaction of the Auburn student section last weekend, I almost find myself secretly hoping that he does something ridiculous tonight. It’s been a while since some of the teams in the SEC such as Ole Miss have been interesting. I say bring it on. We only have so much room in our hearts to love players like Michael Kidd-Gilchrist and Patrick Patterson. We all need a few players on rival teams that we love to hate.

In honor of the potential start of a “love to hate” relationship with Marshall Henderson tonight, I thought we might as well take a stroll down memory lane and re-visit some of our favorite players we loved to hate in the SEC in the last 10 years or so. To be honest, I could have made an entire team using only Florida players…but I tried to spread the wealth around slightly. Without further ado, here is your All-SEC Love to Hate Team:

This picture of Joakim Noah is the kind of picture people use to trick people on Twitter or Facebook. “Hey look at this cute picture of a puppy wrapped in a blanket with a giggling kitten wearing Ugg Boots and a parka looking on!” Click. BOOM! It’s actually a picture of something utterly disgusting that makes you want to throw up, audibly yelling “Gew.” Gotcha, Janet (Janet just feels like the name of the friend that would fall for that trick). Joakim Noah was not only uncomfortable to look at, but he was the kind of player who seemed to almost embrace his role as being hated. He pounded his chest for literally any occasion. Dunk? Chest pound. Jump ball? Chest pound. Save the Date arrives in the mail? Chest pound. The only thing worse than Noah’s face and excessive chest pounding was the fact that he experienced the ultimate success. We had to watch one of the least likable players in Florida history win two national championships. Chest pound.

In theory, Devan Downey wasn’t necessarily an unlikable kind of guy. I mean, people loved Muggsy Bogues. Downey’s personality never led to any particular hatred, but he will forever go down in history as the “Wildcat Killer.” Downey poured in 30 points (felt like 72) against Kentucky to stain an otherwise great time–#1 ranking, phone call from Barack Obama, etc. That loss to South Carolina ruined any chance for me to like Devan Downey and also ruined any chance for the song “Sandstorm” to ever find a place on my iPod. 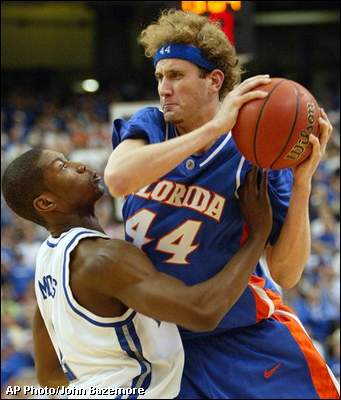 I don’t remember anything in particular that Matt Walsh did to make us love to hate him (except apparently elbowing Ravi Moss…see picture above. Now I’m pissed). Maybe it was the headband. Maybe it was the perm. I just know that I don’t particularly like him. He may like perms, headbands, toe socks and keeping the tags on his Beanie Babies…but I can assure you that he does not like the UK student section.

Any Tennessee player who wore a headband…especially, but not limited to Wayne Chism

Wayne Chism was the Tennessee headbands’ Super Bowl, but they were all awful. You remember them. You may not remember their names specifically, but you remember the headbands. My list of hated SEC players included a plethora of Tennessee basketball players. The one thing I realized they all had in common besides not having ever reached a Final 4 and fuzzy jail time stories, was the headbands. Almost every Tennessee player we loved to hate wore one at one time or another. Wayne Chism? Headband. Scotty Hopson? Headband. Tyler Smith? Headband AND Jump suit. Bobby Maze? Headband. JP Prince would have worn one if he could have found one in a youth size (Wayne Chism must have taken the last one at Dick’s…) 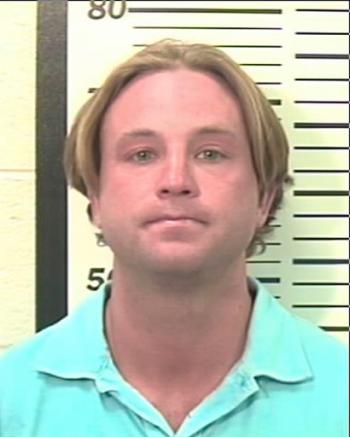 Hate for Teddy Dupay is like a fine wine. It only gets better with time. Teddy Dupay was not part of the national championship Florida teams, but he paved the road for loving to hate for those guys. Dupay was like the “hipster” of the Florida players easy to hate. He was being hated before being hated was cool. As if hating a tiny, sharp-shooting guard from an opposing team wasn’t easy enough…he wound up being accused of rape and kidnapping years later. First team was probably already a lock anyway, but that sealed the deal.

I’m not sure if Renardo Sidney really did anything outrageous that I can remember against Kentucky, but across the board in the SEC for his antics and underachievement, he was a notable and rather unlikable figure (ironic?). Sidney was an easy target due to the fact that he was constantly being harped on for being out of shape. Sidney didn’t do himself any favors when he was caught on camera in a skirmish with a teammate on national television. 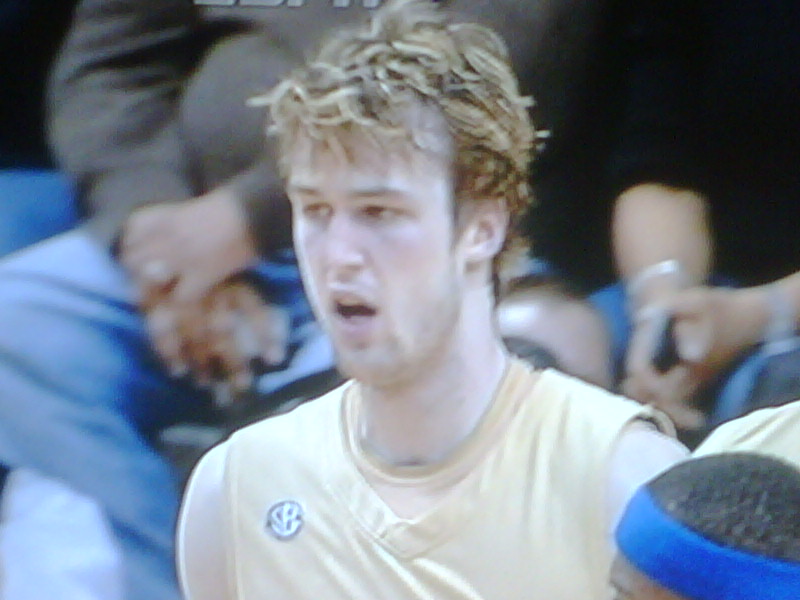 Part of what made AJ Ogilvy so easy to love to hate was the fact that some people actually thought/said publicly that he was a better player than DeMarcus Cousins. Cousins  messes around and gets a triple-double every few nights in the NBA. Ogilvy messes around and may or may not get a triple-double in whatever German League Wikipedia says  he currently plays in. Who knows? Who cares? 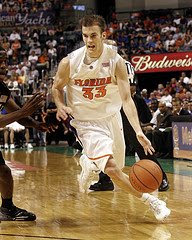 Steven Pearl  – I hope that whatever is going on in that picture ended well.

52 Comments for The All-SEC Love to Hate Team