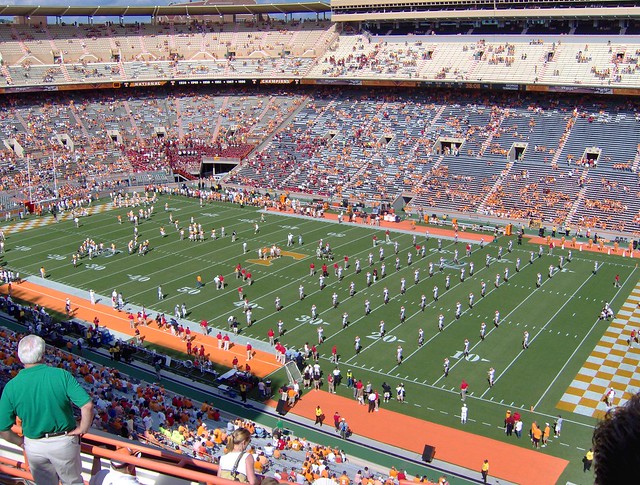 Some of the pictures from last year at Commonwealth Stadium during Kentucky football games were not pretty. Not pretty at all. When the ship really began to sink, gaping holes could be found in the top sections especially, as well as the bottom. Kentucky fans weren’t the only ones struggling to fill the stadium last season though. A report out of Knoxville today said that on average last season, fewer than 5,000 students were in attendance each week. A rare sell out against Florida inflated that number as well. The total student allotment of tickets is 12,683.

Kentucky fans are hopeful that Mark Stoops will infuse a new level of excitement into Commonwealth Stadium on Saturdays this fall, drawing a much larger crowd. Tennessee is hoping the new hire of Butch Jones will have a similar impact on attendance.

The article does state that attendance across the country is down, even for the teams like Alabama who are winning on a consistent basis at the highest level. The article talks about how the ability to watch so comfortably and luxuriously from home now is a big drawback for attendance.