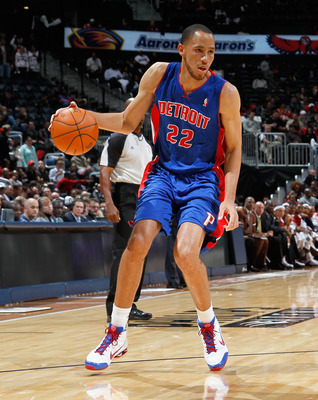 We knew he wasn’t going to Miami when the Heat signed Shane Battier this morning; now we know he is staying in Detroit. Tayshaun signed a four-year $27 million contract with the Pistons this afternoon. That means he’ll likely be lacing up the red, white, and blue sneakers with Brandon Knight for the remainder of his career. I like the sound of that.

Chuck Hayes is still rumored to join Boogie with the Kings but he hasn’t put his signature on the contract just yet.

10 Comments for Tayshaun is staying in Detroit