The first Saturday in May is an important one for a variety of reasons. First, for Kentuckians it marks the running of the Kentucky Derby (more on that to come). Second, it’s the weekend that officially marks summer movie season and the biggest, dumbest, movies of the year.

The crew over at Funkhouser already have an amazing round-up of all the summer movies you can check out here and here. So I won’t go into too much detail but with movies like Amazing Spider-Man 2, Teenage Mutant Ninja Turtles, and Godzilla on the horizon my inner ten-year-old is about to explode. I’ve hit the age where every summer movie is designed to appeal to my generation and the shows we grew up watching. I’m going to be spending a lot of time in the icy cold movie theaters this summer and I can’t wait.

The first Saturday in May also means that we have now entered a brand new month and another week in the world of Kentucky sports has passed. Let’s look back at all the happenings from the week that was with the top 7 news stories:

On Thursday Cal finally took care of the bad hip that has plagued him all season long and underwent hip replacement surgery. Everything went according to plan but before he could get some rest Cal shut the book on the Laker’s rumors:

Before it starts, I’m totally committed to helping this group of young men reach their dreams. I wouldn’t & couldn’t leave this group!

He followed the tweet up with a chat with Renee Murphy of WHAS where he said:

“I’m at Kentucky, it’s where I want to coach. I’ve got a great job. I’m not saying the Lakers job is not a great job. Pro jobs are different jobs. Obviously the Lakers, Chicago, New York…you know, those are…but, I’m happy here. I have no intention from moving from here.”

As Caleb pointed out earlier John Calipari is still listed as the fifth most likely candidate to replace Mike D’antoni as the head coach of the Los Angeles Lakers by the oddsmakers at Betfair Sportsbook. However, their list includes Pitino and even Kobe Bryant so I’d say they are just looking to take poor fool’s money.

Earlier this week Coach Stoops added a commitment when three-star center Luke Hiers committed to the Cats, becoming the sixth pledge in the 2015 class. Hiers is ranked as high as the 2nd center in the 2015 class (Rivals), and had offers from all the big guys, including Ohio State, Louisville, Nebraska, and Miami. Then last night they added another troop to the receiving corps when Alex Stump announced via twitter. Stump runs 6’3 190 and while he isn’t ranked by 247 he has picked up some major interest over the past month. In just the last two weeks he picked up offers from Miami (OH), WVU, Minnesota, and Georgia Tech. Alex becomes the 7th member of the 2015 class and the second from the Ohio pipeline.  Vince Marrow continues to dominate the recruiting game.

Then next Friday four star tight end prospect, CJ Conrad, is set to choose between Kentucky and Indiana next Friday at his school. Since nobody would want to play football at Indiana I think the Cats are the safe bet.

California Chrome won the Derby yesterday with relative ease but I think the real winners are all the fans of KSR radio. Now we get the pleasure of 24 hours straight of Ryan Lemond on air! What will he do to fill the hours as he talks to himself between the hours of 3-am and 6? Has there ever been a man lose his mind on air?

The worst kept secret in college basketball came to an end this week as Barry “Slice” Rohrssen was announced as the new assistant coach of Kentucky. We all knew it was coming it was just a matter of an official word for our new movie-star coach. I spent several minutes today trying to find Slice’s cameo in GlenGarry Glen Ross with no luck. Perhaps I will have better luck when a dig through “A Novel Romance” 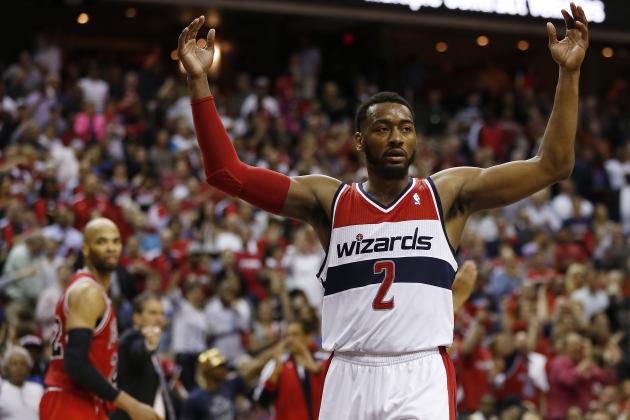 If a Cat is going to get a ring this season then it will be a result of John Wall and the Wizards shocking the world. Earlier today the Nets eliminated Patrick Patterson and Chuck Hayes in Toronto when Paul Pierce got a block in the closing seconds. Friday, Terrence Jones and the Rockets were done in by the upstart Blazers. Tayshaun and the Grizzlies were rolled by the Thunder. Michael Kidd-Gilchrist and the Bobcats got caged by the Heat. Nazr Mohammed and the Bulls found themselves bested by Wall and the Wizards. Marquis Teague’s Nets now take on the Heat but Teague isn’t a member of the Brooklyn playoff roster. 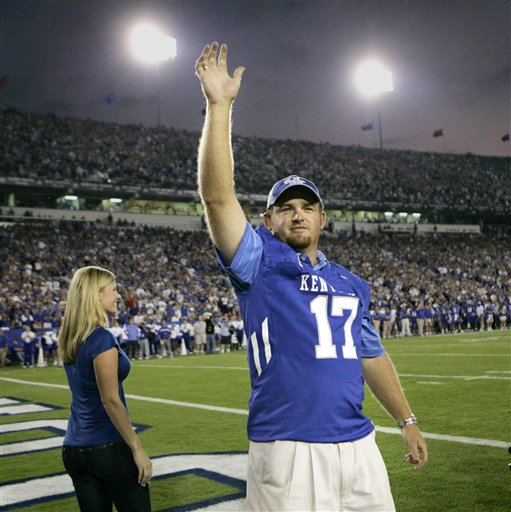 Native Kentuckian and former Cat J.B. Holmes found his way to the top spot for the first time in six years by winning the Wells Fargo Championship. Jim Furyk closed strong but it wasn’t enough to catch JB who played some solid golf all weekend long.

Summer has officially kicked off but each day brings us closer to football season. We currently sit 3 months and 26 days until the Cats take on UT Martin in Commonwealth. Until then you know where to refresh for all the UK news in the most ridiculous manner possible.