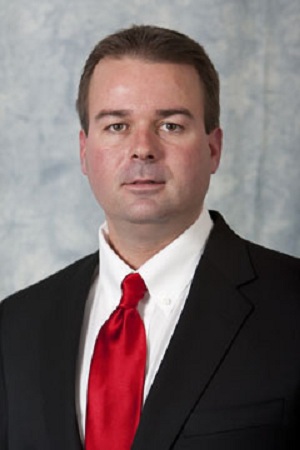 Tommy Mainord comes to Kentucky after spending three seasons at Texas Tech with newly anointed UK Offensive Coordinator Neal Brown. During his time in Lubbock, Mainord (who was an assistant coach for outside receivers) helped guide Texas Tech to Top 10 national rankings in passing offense, Top 15 in total offense, and Top 25 in scoring offense. He also coached Darrin Moore and Eric Ward last season, two of the best receivers in college football, who both finished the season in the Top 20 nationally for receptions per game. Stoops calls Mainord a “true professional who is also known for his relentless work ethic.”

Derrick Ansley is already very familiar with the SEC, having coached at Alabama (2010-2011) and Tennessee (2012). Ansley was at Alabama as a defensive graduate assistant during their 2011 championship season, and while at Tennessee, he helped the Vols improve from 86th to 56th in their national ranking in interceptions. Although Ansley is young, Stoops believes that his SEC experience will be valuable in bringing Kentucky football back to prominence: “I wanted another coach on the defensive staff who would bring a diversity of knowledge and experience in addition to the system we used at Florida State. Although Derrick is a young coach, he fits that with three years’ experience in the SEC at Alabama and at Tennessee.”

With these two final hires, Chad Scott has been moved to running backs coach.