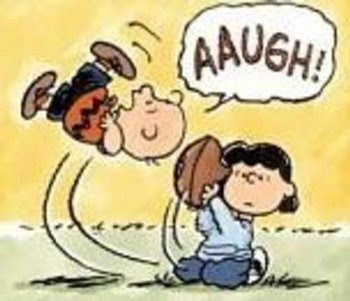 The Southeastern Conference is no place for the faint of heart. After consecutive gut-wrenching losses to Ole Miss and Auburn, the Cats must shake off the physical and psychological toll to welcome yet another top 10 SEC opponent to Commonwealth. To make matters worse, this particular foe is led by long-time Kentucky tormentor Steve Spurrier. The Old Ball Coach has been death incarnate to the Cats, with a visor in place of the traditional hood and sickle. Spurrier is a perfect, and agonizing, 17 and 0 versus Kentucky in his head coaching career. And although the savagery of Coach Spurrier’s systematic torture of Kentucky fans has thankfully decreased somewhat from his Florida days, he continues to inflict pain on the Wildcat faithful from the Carolina sideline. Now, in what can only be described as an exercise in masochism, let’s examine the Kentucky/Spurrier relationship.

Spurrier beat Kentucky like a red-headed mule’s stepchild for the entirety of his twelve year tenure as head man in Gainesville. Unfortunately for Cat fans, that dozen year period represented the real establishment of the Gators as a national power. It is difficult to fathom now, with the juggernaut the Florida program has become, that at the time of Spurrier’s arrival in 1990, the Gators had never won a league title. Spurrier would win six such titles at the helm of the Florida program. Though the 1993 Chris Doering touchdown to best the Cats at the final horn is the most excruciating memory of the “rivalry,” that game is far from a representative sample. Spurrier throttled first Bill Curry and then Hal Mumme to the tune of 568 to 208 during that time, an average of 47 to 17 each game. And, of course, he was not the least bit afraid to put his “our job to score, their job to stop us” swagger to practice when the Cats were hopelessly outmatched. This lovable trait was evident in a memorable three game stretch against a particularly hapless collection of Bill Curry Wildcat teams from 1994 to 1996, in which the Gators slipped past the Cats 73 to 7, 42 to 7 and 65 to 0. Spurrier’s rather unmerciful attitude was again on display in 2000, when the Gators, leading 52 to 31 in the waning moments, launched a deep bomb to the end zone on the game’s final drive for an exclamation point touchdown. Based on these antics, and his unapologetic demeanor, there was no individual more despised in the Commonwealth than Steve Spurrier during his run with the Gators.

Then, as happens so frequently in sports, what appeared to be a perfect marriage ended. Spurrier’s dominance at Florida was finally toppled not by opposing coaches or teams, but by his own restlessness. Spurrier gave the pros a shot, but the Fun-N-Gun Offense didn’t translate in Washington, and Spurrier quit after just two years. He then made a return to the SEC that has, to this point, been far less than triumphant. (Satruday’s win over Alabama not withstanding.) In his five full years at South Carolina, Spurrier’s ‘Cocks are 35-28 overall, just two games better than UK over the same period. Spurrier entered the 2010 season four games under .500 in the conference during his time in Columbia. As Spurrier slipped into mediocrity, a strange phenomenon began to occur. Fans of opposing teams ceased to despise Spurrier, and many felt some strange nostalgia for his Florida days. The fear and anger was replaced by mild amusement at his quirks and old guy grumpiness. (I call it the Bobby Knight effect.) But with most of the fan bases around the league now relieved (including Vandy’s), Spurrier continued to inflict pain on the Cats.

In his five years of mediocrity at South Carolina, Spurrier has beaten the Cats handily once. Otherwise, each game in the series was in doubt well into the fourth quarter, frequently ending with the Old Ball Coach drawing up a trick play to once again play Lucy to Kentucky’s Charlie Brown. Over the last four contests, Carolina has averaged winning by a touchdown; a far cry from the beatdowns administered by Spurrier’s Florida squads. Still, Kentucky just has not been able to break through.

In many ways, the South Carolina stretch has been more maddening than Spurrier’s Florida run. Kentucky had no business competing with the Gators, and the losses were essentially inevitable. But the South Carolina series is inexplicable. Throw out the head to head match-ups, and Kentucky’s last four seasons are actually more impressive than South Carolina’s. Yet Spurrier remains Kentucky football kryptonite.

So here it is, Kentucky players and fans. Seventeen years. Seventeen losses. Blowouts. Trick plays. Running up the score. Running pre- and post-game locker room smack. It must stop. Just once before Spurrier rides his golf cart off to Glory, the Cats must exorcise this demon. Saturday’s as good a time as any.