BBN:In the mood for some intellectual reading with your Wheaties this morning? A friend sent this to me somewhat out of the blue last week, pitching a post about how basketball has shaped culture across the state of Kentucky. Since he’s a Louisvillian-turned-Lexingtonian, I was intrigued about what he meant by this fairly broad statement. While his criticisms are harsh, I think he makes some interesting points that are worth contemplating. The writing below is a thought-provoking essay about whether sports simply reflect our culture and mindset as citizens, or if they influence it. He’s one of the most talented writers I know, and if nothing else, you’ll get a good laugh from his searing condemnation of Indiana. Note: the opinions expressed in this essay are his and his alone.

The Times and Trials of a Conflicted UofL Fan: A Neighboring Perspective on the Culture of Basketball

I grew up in Louisville. Not born there, but raised from a very young age, have lived there ever since I can remember. I feel very passionately about my city and its unique, diverse inhabitants. It’s quite a strange and slightly paradoxical city, however, as I will soon explain. 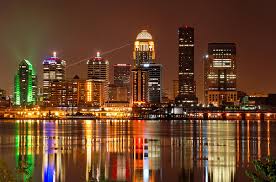 I was indoctrinated into Kentucky’s culture of basketball as soon as I could walk, and as soon as I could talk, I was forced to make that critical decision that would define my identity as a Kentuckian for the rest of my life: Red or Blue. The pressure was immense; you were either one or the other, it was them or us, good or evil, through sickness and in health, until death do us part. To choose both, or neither, would necessarily result in a metaphorically eternal revocation of personal and social recognition- an inevitable “out-castration” of personhood (notice how many friends a Duke, North Carolina, or UConn fan has in this great state…). And so, I sought out to find my niche within the country’s greatest college basketball tradition: Kentucky- the shining buckle of all sports belts, the bottomless breadbasket of all bottomless baskets hung up on a 10 foot post. Basketball, where would this great state be without it. 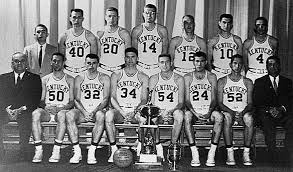 Growing up in a hard-nosed, blue collared, working middle-class, urban Louisville neighborhood left me with little choice: I was to be a Cardinal fan through and through, and I embraced it whole-heartedly. I was spoonfed Crum’s of Cardinal history, as old-timers looked back nostalgically on the elite ‘80’s. During my childhood, the height of Cardinaldom was embodied in the local hero, DeJuan Wheat (still one of my all time favorite players), product of Louisville’s own Ballard High School, and whose personalized banner would later adorn the low, dimly lit rafters of Jim Reuther Gymnasium, alongside the likes of Allen Houston and Jeff Lamp. Ballard is where I too would ultimately attend high school, furiously cheering on a Bruins team led by current UK player, Antiquawn Beckham.

I would go on to attend college in Lexington, where I was soon to experience, firsthand, the true scope and nature of Kentucky’s unrivaled basketball culture. To be quite honest, Louisville and Lexington are entirely different worlds, and to a native Louisvillian, it was somewhat of a culture shock to say the least. The transition during my first two years was made somewhat easier due to Billy G’s belligerent and discursive reign over Big Blue Nation. During this time, I reserved a soft spot in my heart for a (to put it as nicely as possible) struggling Wildcat team. One of my roommates was a diehard, and we were made to suffer through the weekly tortures of every televised game (much as UL fans are enduring now). I couldn’t help feel sympathetic for him and every fan like him, and so long as they weren’t playing the Cards, I could find a way to justify cheering for the team I had been bred to passionately disdain as a way of life.

And then my world was turned upside down: Enter John Calipari. 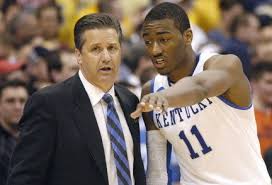 Read more by clicking on to page two…

101 Comments for Some Thoughts from the Other Half