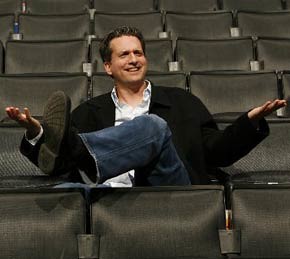 This week, Bill Simmons of ESPN had Jim Nantz on his very popular podcast, The BS Report. Normally, I would have blanched at the prospect of listening to Jim Nantz for over an hour. The dude always seemed like the John Tesh of sportscasting; however, Simmons had written about the Masters in a column this week and sort of took a few shots at Nantz. That made me want to listen to the program and I am glad I did. Nantz is almost the Forrest Gump of sports, appearing in the background of almost every major event and making wild connections with important sports figures. For instance, Nantz is very good friends with most of the University of Houston Phi Slamma Jamma squad and claims to have bestowed Clyde Drexler with his nickname, “The Glide”. Nantz has been on a tear this year (he announced one of the best Super Bowls ever, one of the highest rated Final Fours over the last decade, and Tiger’s return to The Masters) and it is a pretty fascinating interview that is worth checking out.

All that said, because Simmons is a basketball nut and Nantz is the voice of the Final Four, they eventually start to talk about college basketball. Everything is going along fine with Nantz lamenting the Butler last second miss when Simmons brings up the general lack of NBA talent throughout college basketball. Of course, at that point, they start to talk about Kentucky. Around the 51:15 mark, Nantz says this about the Cats:

“It raises some great questions, like, is it really worth it if you are Kentucky? Is that really something you are proud of? To say those kids came in here and they played for Kentucky for one year. I mean, anything short of a championship, to me, is almost a failure because they weren’t a part of your team, they don’t become a part of the heritage of your team. They are just mercenaries who come in for a year and play.”

That isn’t too terrible. I mean, Nantz is concerned about college basketball becoming a sport where personalities and teams don’t have time to develop. That is an understandable sentiment, but anybody that followed this UK team knows that Kentucky fans are proud of this team. These players certainly were not mercenaries and were able to create a bond with the fans and the school. It is somewhat telling that Nantz has such a definitive opinion on the subject when he clearly hasn’t been exposed to the connection that this particular group of freshmen had with the fans and the University.

At that point, the wheels come off. Nantz continues:

“And really, if you knew, and it is probably a dirty little secret, how much work did they really do for the second semester of their freshman year?” 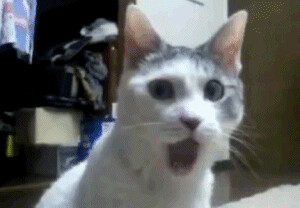 Ok, first, as we all know, John Wall, Eric Bledsoe, and Demarcus Cousins have continued to go to class this past semester. Daniel Orton is reportedly finishing his semester via correspondance in California. All these guys are doing this not only because they like UK and don’t want to hurt the school’s scholarship availability, but because they are decent human beings. It is one thing to disparage kids in general and we all know the tired jokes about athletes going to class, but it has been widely reported in almost every UK basketball game this year that John Wall is an excellent student that always attends class. Many broadcasts published his GPA and lauded his academic work ethic. To slander these gentlemen in such a way is unkind, lazy, and judgmental. Coming from two guys who supposedly follow college basketball closely? It is near unforgiveable.

Second, he asks Kentucky if we are proud of this team. Am I proud of an SEC season championship, an SEC tournament championship, a #1 seed in the NCAA tournament, an Elite 8 appearance, and a group of young men that re-energized the best fan base in America? I’ll go ahead and say that I am pretty proud of that.

Later on, after Simmons compares Kentucky to an AAU team, Nantz states:

“If you are John Calipari and you miss one year of a recruiting class like that, you’re dead.”

You mean, like that powder blue team over in the ACC chock full of McDonald’s All Americans?

Nantz’s logic is twisted. If Calipari ‘misses’ on a class they stay in school and his stable of talent returns as sophomores. That is far from dead. Using UNC as the example again, everybody expects that team to rebound and contend for a championship next season. Nantz’s sentiment is better explained if Calipari ‘hits’ with a recruiting class (as he did this year) and is then forced to recruit back-to-back elite classes. Considering today’s results, that seems like something Calipari is more that capable of doing. Technically, the risk is greater for teams that under-recruit talent-wise and hope to develop a championship caliber team in four years. Going by Nantz’s own assertion that “anything short of a championship. . is a failure” then a bad recruiting class that fails to develop is a four year failure as opposed to Calipari’s one.

All that aside, as I said at the beginning, it is a great podcast and worth a listen. This one anti-UK element represents the uninformed, knee-jerk reactions that we as Kentucky fans should get used to hearing as long as UK is kicking butt and taking names. Haters gonna hate. It just means that Big Blue matters again.