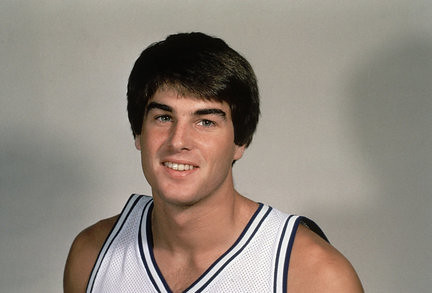 He could have had a career as the Bic Pen mascot.

In his latest podcast, Bill Simmons welcomes Jay Bilas to discuss the NBA and the influx of new talent. Even though it was his second straight guest from Duke (he had Zima aficionado J.J. Redick on Monday who, shockingly, admitted that Duke players are arrogant) it was a riveting conversation that revolved around the state of college basketball, the NBA, and the new rookie class.

Some of the Wildcat-based highlights:

-Bilas declares that John Wall is the definitive #1 pick over Evan Turner. Bilas likes Wall’s competitiveness and states that he “keeps his mouth shut and for the most part, he listens, which is getting more and more unusual.”

-Jay likes DeMarcus Cousins and says he thinks, “deep down, he is a good kid” and he compares him to Derrick Coleman both in terms of athletic ability and maturity level. Both Simmons and Bilas aren’t sure about Cousins from a chemistry standpoint, but Bill thinks he could be one of the 5 strongest guys in the league in a couple of years.

-Bilas thinks Eric Bledsoe has the chops to be a good NBA player and reminds him of Nate Robinson.

-Simmons likes Eric Bledsoe coming to the Celtics (who own the 19th pick) and thinks he translates to the pro game better than college. He also praised Eric’s willingness to play out of position without complaining.

One of the more interesting items that Bilas discusses is the reason the NBA Players Union is so against the age limits in professional basketball. It always baffled me that a union of active players would fight to allow inexperienced talent into the job market. Almost every other union fights to make standards stricter and create barriers of entry into their profession to protect the veteran members and guarantee higher salaries. Jay indicates that the reason the initiative is backwards in the NBA is because the agents have more influence than the players and are “running the union”.

Bilas also scores one for the people that believe that gifted players should consider college rather than jumping straight to the pros. In one inspired segment he states

Simmons follows it up with the excellent point that guys jumping in from high school play so many professional minutes that they are aging quicker in basketball years than previous superstars. He believes Kobe’s 32 year old body is similar to Michael Jordan’s 35-36 year old body due to the extra time a pro season demands. When you consider the years it takes for a player to understand the game mentally is happening during an NBA season rather than a shortened, less arduous college season, the window for athletic prime (where basketball acumen and athletic prowess hit their peak at the same time) is shortening.

Jay makes a ton of other good points that I’ll leave for you to discover on your own. You rarely hear this kind of perspective from basketball insiders and it is one of the reasons Bilas is the business.