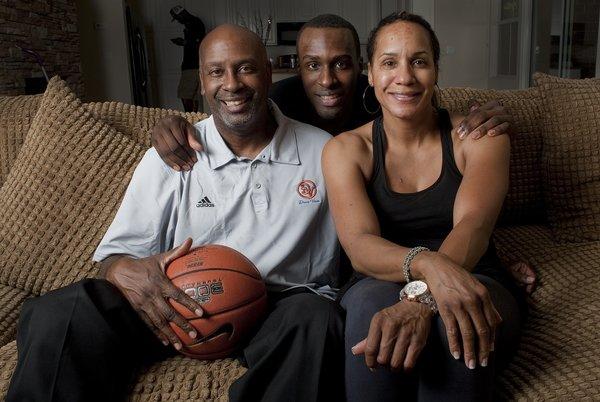 Ron Holmes, Shabazz Muhammad’s old man, was indicted yesterday on federal bank fraud and conspiracy charges. He is currently being detained in Las Vegas pending a detention hearing. The indictment says Holmes and his business partners obtained “mortgage loans by fraudulent means to buy houses” from 2006 to 2009. The U.S. attorney’s office is out to recover $2.5 million from them.

Question: Can we say Kentucky dodged a bullet by losing Shabazz to UCLA last spring? Yes, the Wildcats could’ve used him on the court last season, but there’s been nothing but bad publicity around him since he arrived on the college basketball scene. Between his crazy, law-breaking father, Pat Forde’s ridiculous backpack report, and Shabazz pouting after a teammate hit a game-winner, I’m okay with Shabazz staying out west and out of Lexington.

36 Comments for Shabazz Muhammad’s dad is in trouble