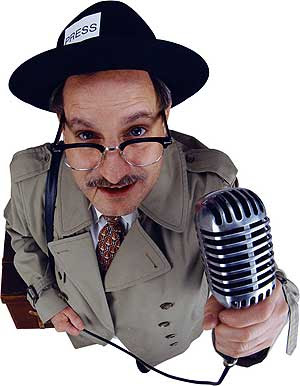 If technical difficulties were fireworks, the SEC Weekly Coaches Teleconference would be the 4th of July.  The conference’s top basketball men jumped on a call today and here are a few UK-notes….

– In his opening statement, Cal started things off by saying “Let me first say congratulations to Tennessee…” for their win over #1 Kansas and cited it as his primary point in saying that the SEC is shaping up to be as good of a conference as he expected it to be.  He talked about a number of teams playing better and included Arkansas playing Texas close and Georgia (who he called the most improved team in the country) on that list.

– Speaking of Georgia, Cal had a lot of praise for the Bulldogs, saying that Mark Fox is the coach of the year right now and that Travis Leslie and Trey Thompkins are as good as anyone they’ve played this year.  One side note, when Fox was asked what the mood of his team was after losing to UK, he got a bit agitated and said “We didn’t go there to play it close and lose”.

– Perhaps the most notable portion of Calipari’s session was the comment that it’s UK’s inexperience that scares him more than anything.  Too often this season, according to Cal, they’ve had opponents down by 12-13 points and let their opponent cut it to 4 or 5.  Against a good team on the road, that situation can avalanche on a team, Cal said.  He wants to see his team put teams away and take a 12-point lead and extend it to 20 when they have the chance.

– When asked about Patterson’s play this year, Cal said that he wants Patterson dominate inferior players and it hasn’t been happening every game.  He elaborated by saying that he’s spoken with Patterson and told him that as a 1st Team All-American, he should look across the court at a player and know he’s going to beat him, rather than just ending up with numbers.  He said that he wants him that he’s playing against a team, but a player as well.  Cal also said that he felt Georgia’s Trey Thompkins was more physical on the boards than Patterson was and the only reason he’s asking so much of Patterson is because he is completely capable of doing it.

– Another interview, another Derrick Rose/Tyreke Evans to John Wall comparison.  This time it was a guy from the Memphis Commercial-Appeal who asked and Cal said they were different situations as Rose and Evans took over very successful, veteran teams and Wall is asked to lead a young team that went to the NIT.  He did say that he’s happy with how Wall will score more some games and then distribute in others based on what the team needs.

–  Coming off of a loss to Vandy, whose big men led the charge, Donovan was asked about if he’s worried about his inside play against Kentucky.  Donovan said that everyone will have trouble with Kentucky’s length and size.  Great insight there.

– Donovan, when asked about the play of Bledsoe and Wall, called both UK point guards “terrific” and said that it’s no surprise that they’re playing this well….even if they are freshman.  Slightly better insight.

– When talking about Bledsoe and Wall, Donovan elaborated that the thing he’s most impressed with is the chemistry and cohesiveness of this UK team.  Very good insight.

– Donovan was also asked about the play of Patrick Patterson and what changes he’s seen this season.  The Florida coach said that when he was recruiting him, he always felt that he could be the type of player that could step out and hit jumpers.  He said that Cal has given him that freedom this year (after an awkward “Under Billy, umm..” moment) and still kept him inside.  Called him “one of the best low post players in the league and the country”.

– Took a call asking why he would let his team be called “Gamecocks”.  The host of the call panicked and went to the next caller who said “Darrin, do you wipe from front to back or back to front”?  Ladies and gentlemen, it’s the football off-season in South Carolina.

– The new USA Today Poll has UK ranked at #2, behind Texas, with one first-place vote.  Kansas, who fell to Tennessee, fell to #3.  The Cats also claimed the #2 spot in the AP Poll.