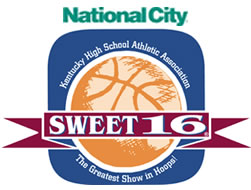 – Jerry Tipton writes that Creighton is looking forward to another shot at the SEC after being eliminated by Florida last year. Also, an interesting note buried at the end of the story:  The Blue Jays’ scouting report labels Patrick Patterson as “OJ Mayo’s HS teammate”…and that’s it.

– Andy Katz was chatting on ESPN.com yesterday and when asked about BillyGillispie returning next year, Katz said:

I don’t know the answer. You shouldn’t get rid of a coach after two seasons. Billy Gillispie firmly believes the Cats will be very good next season. But he has to do a better job of the other parts of his job. You can’t just be the basketball coach at Kentucky.

– Future UK linebacker Ridge Wilson has his eye on a basketball state championship to go with his two football state titles.

– Former UK receiver Glenn Holt signed a deal with the Vikings, ending his tenure with the Bengals. Holt’s NFL career continues to be one of the biggest surprises of the Rich Brooks era.

– The whole “spoiled loud-mouth who throws around accusations that are wrong” thing?  Umm, Lane Kiffin says it’s an act and he’s doing it on purpose.  Yeah.  Sure.

– With Kentucky in the NIT and the Filthy Cards the #1 overall seed, it’s important to remember to laugh.