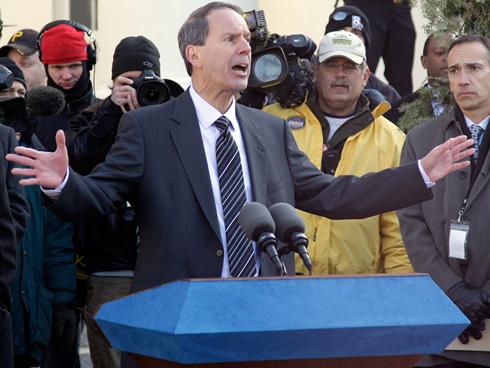 I told myself not to write anything about Jerry Sandusky but this one is too good to pass up. Sandusky’s lawyer, Joseph Amendola, called a news conference today after the preliminary hearing and he announced to everyone from the courthouse steps that they should dial 1-800-REALITY if they think his client is a child molester.

I take that back. He deserves every bit of this.

(Ok, you caught me. I called the number. It was research for work.)