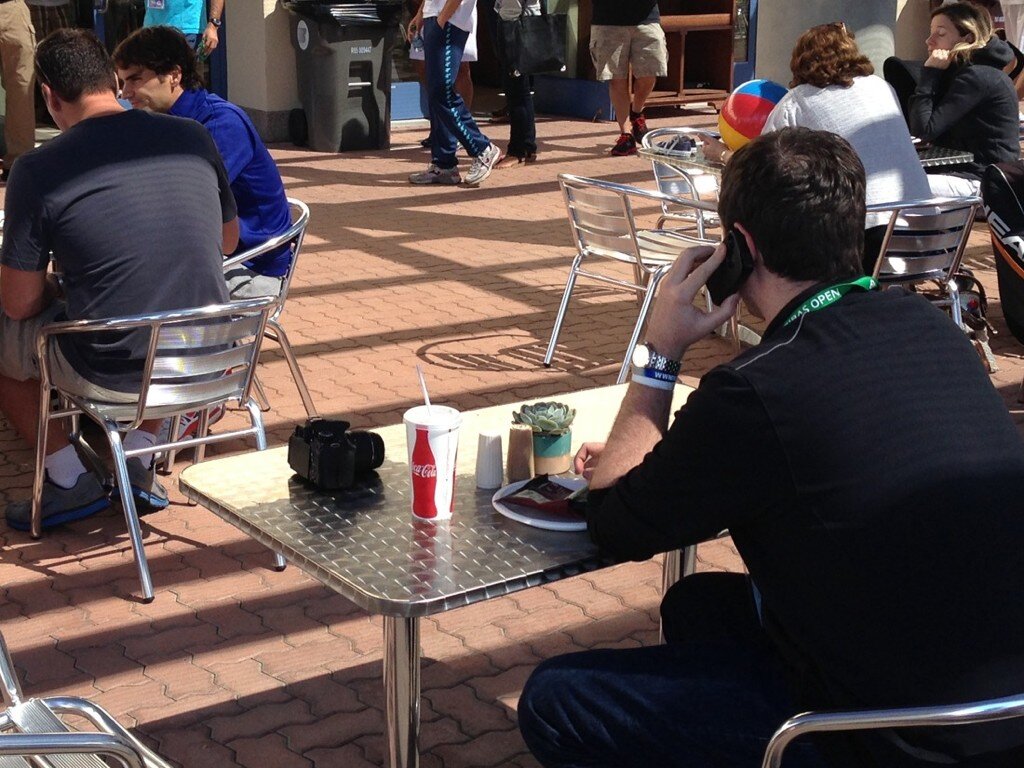 Federer jokingly told us he is a Louisville fan before taking the phone, right as a member of his entourage asked to confirm that Kentucky is a Nike school. It was a very surreal moment for Kentucky Sports Radio and you better believe that clip will be played over and over again from now until the end of time.