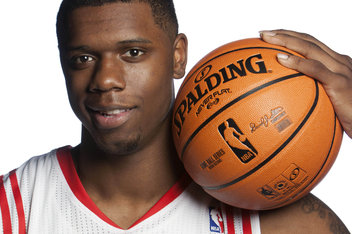 It appears the Houston Rockets are already giving up on Terrence Jones, just halfway through his rookie season. With a roster full of power forwards, Houston needs to get rid of Jones or Donatas Motiejunas, and management believes Montiejunas has more potential in the Rockets’ system. Jones hasn’t been able to climb his way up from fourth on the depth chart as he’s been shipped back and forth from the D-League.

Houston is shopping the former Wildcat around for a pick in this year’s NBA draft.  Let’s hope he ends up with a team that will provide him a better opportunity to contribute.