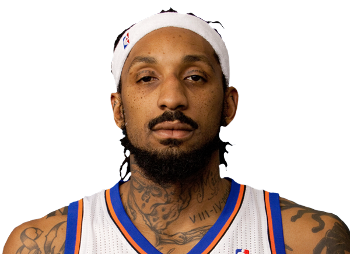 I’ll admit, my choice to honor Renaldo Balkman with the night post is at least partially based on a looming deadline, but when I saw that Sunday is the 29th birthday of the former South Carolina Gamecock I couldn’t pass up a chance to plaster his face all over your poor, unsuspecting computer screen. Renaldo Balkman’s story is inspirational, lightly recruited out of high school, South Carolina coach Dave Odom asked one of his assistants who the “guy with the dreadlocks” was, and not surprisingly, no one had any idea. Regardless, he signed with South Carolina over nobody else. ter overcoming his debilitating facial features over a 3-year career at South Carolina which included hundreds of points and the MVP Award at the 2006 NIT, Balkman made his biggest mark on basketball history by being severely overdrafted by the New York Knicks with the 20th pick in the 2006 Draft. Also known as THE DRAFT PICK RIGHT BEFORE RAJON RONDO. Chalk up another victory for former Knicks Prez Isiah Thomas, who was quoted as saying that Balkman reminded him of Dennis Rodman and Ron Artest. Balkman now plays in Puerto Rico while also moonlighting in a Bone Thugz N Harmony cover band. Upon researching his current whereabouts, I found this little nugget on Balkman’s antics in a Phillipino Basketball League in the 2012-13 season:

On March 8, 2013, in a game against the Alaska Aces for a battle to earn the top spot, Balkman had a major outburst when he claimed he was fouled after shooting an air ball inside the paint. Balkman argued with the referees, but when his argument was ignored, he shoved referees and pushed coaches and teammates that tried to calm him. After physically confronting the first referee, assistant coach Biboy Ravanes tried to calm him down but Balkman shoved Ravanes out of the way. After this, he moved to the second referee and again argued and initiated contact. At this point, Ronald Tubid, a teammate of Balkman, tried to get between him and the second referee. Balkman then moved to the third official, while being shadowed by Tubid, until he shoved Tubid out of the way. This is when another teammate, Arwind Santos, tried to intervene by putting himself between the third referee and Balkman. However, Balkman continued with his aggressive behavior, slapping Santos’ arm and eventually shoving him. When Santos pushed him back, Balkman pushed him once again and then grabbed Santos’ neck as their teammates tried to separate them.

Terrence Jones and Daniel Orton have both made their best case to stick with their respective NBA teams, and earned national media praise for their performance in the Orlando NBA Summer League this past week. Terrence Jones showed the Houston Rockets staff that he is planning on cracking their rotation this season after spending his rookie year back and forth from the D-League by dropping a cool 16 points and 7 boards a game, garnering First Team All-Orlando Summer League honors along with Jeremy Lamb, Kelly Olynyk, Victor Oladipo, and Andre Drummond.  and was named a “Top Performer” by Jordan White at ESPN.com. Daniel Orton was also named one of the “Surprises” of the week by ESPN.com. In the 2 full games he played for the Oklahoma City Thunder before suffering a minor concussion Orton averaged 12 points and 5.5 rebounds in only 18 minutes per game.

John Calipari, fresh off a new job on the NABC’s Board of Directors, spoke with Mike Decourcy of The Sporting News regarding his new position and the increased voice he will have in discussions on changing the “One-And-Done” rule in college basketball going forward. I’ll let the unofficial Mayor of Lexington tell you himself:

“What I want to do is, how do we make sure we’re looking after these kids?” Calipari told Sporting News. “You talk about protecting the game, but first of all protect these kids. What are the ways, what are the ideas, that can make this a better experience and a better situation for these kids?

Calipari said he is “willing to listen” as a member of the board as much as he is eager to advocate his own positions. He did not give any specifics beyond the age limit rule as to how to help enhance the experience for the college player because he didn’t want to make any new cases in public before he discussed them with his colleagues on the NABC board.

“I’ll have ideas,” he said. “It’s got to be things … we also represent these players.”

Class of 2014 PF Angel Delgado may have gained a few new suitors this weekend after an impressive performance at the Peach Jam in South Carolina. Why is this important you ask? I’ll tell you. While Kentucky has not offered the 4-star big man yet, the ties between Delgado and Kentucky seem to indicate that there may be mutual interest between the two. Delgado immigrated to the United States from the Dominican Republic and is expected to work out for the Dominican Republic Junior National Team coached by none other than….. Orlando Antigua. The ties don’t end there though, according to Adam Zagoria:

(Delgado’s AAU coach Dana) Dingle played at UMass for Wildcats John Calipari and went to high school with the Antigua brothers at St. Raymond’s. The Antiguas have known Delgado since his time in the DR, and Delgado could work out with the Orlando Antigua-coached DR Junior National Team.

“They’ve known about him longer than anybody,” Dingle said.

“They probably know better than anybody how he looked last year as in comparison to now and how hungry he got and has a chip on his shoulder and has stuff to prove to himself and his family and everybody.”

Keep an eye on this one.

Archie Goodwin was impressive in his professional debut for the Phoenix Suns tonight, scoring 13 points on 4-8 shooting and grabbing 3 rebounds to help Phoenix move past the Trailblazers, 82-69. I know much has been made about whether or not Archie is ready for NBA competition but his talent and potential are undeniable. If what John Calipari says is true (isn’t it always?) then Goodwin will not be outworked and will do everything in his power to become a contributor for the Suns as soon as possible.