(Turns out I’m going to be around for a while, so I’ve opted against a groundbreaking introduction for myself. But before I get started, I’d like to take a second to say thanks once again to everyone who was a part of the blog contest. It’s a great opportunity for me and I don’t plan on letting you down. Has anyone ever planned to let someone down? I doubt it and I won’t be the first. Anyway, thanks again to everyone. Now let’s get started.) 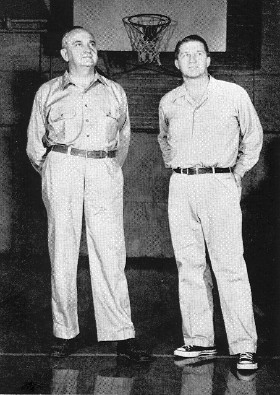 Last week, during my sprint to the finish of the blogger contest, I linked you to some articles on A Sea of Blue that are written by a man who played as a walk-on for the 1965-66 Kentucky freshman team.. The series has continued and still has me reading every word. The newest entries focus on the coaching staff and I’ll shut up now so you can read them, since they’re much more interesting than any firsthand accounts of Coach Rupp that I could have written. Enjoy.