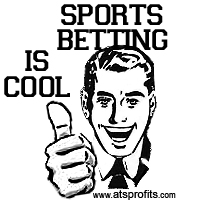 (This site does not necessarily endorse sports gambling, although some of us may occasionally participate in it.)

The fine folks at Bodog released some early odds on teams to win the NCAA basketball tournament. The usual suspects top the list, with Kansas labeled the favorite at 4-1. As in most cases with the early projections this season, the Cats find themselves just behind the Jayhawks, as Kentucky is slated at 5-1 and alone as second best. The Cats will face two of the other favorites early in the year, as North Carolina checks in third at 8-1 and UConn is 15-1 to start the season.

Other teams of note include Duke, horribly overrated as usual at 10-1, Texas at 12-1, Michigan State 13-1, Syracuse 15-1 and Villanova at 30-1. The filthy Cards failed to garner a mention, although Rick Pitino has chimed in, telling us that everything that has been posted is a lie and to believe only the odds he tells us. He added that the true odds will come out at the trial, and that we shouldn’t be talking about any of this on the birthday of Miguel de Cervantes, beloved author of Don Quixote.