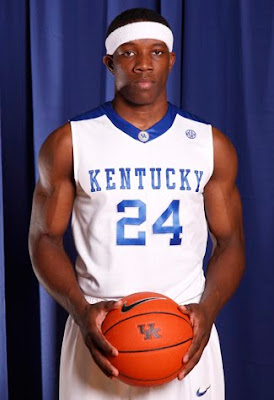 Monday morning means awards time in the SEC and this week, like every other week this season, brought some recognition back to Lexington. Senior defensive tackle Corey Peters was name SEC Defensive Lineman of the Week for the second time this season for his five tackles (1.5 for loss) and one quarterback pressure in UK’s strong defensive effort against Vandy. The Cats held the Commodores to 209 yards, which was the fewest they’ve allowed since 1996. On the offensive side of the ball, Derrick Locke was named as one of the “Other Outstanding Performances” after putting up Cobb-like numbers of 144 yards rushing, six yards receiving, 27 yards on returns and 41 yards passing.

On the basketball side of things, Eric Bledsoe was named SEC Freshman of the Week after debuting with 24 points, 7 rebounds, 4 assists and one incredible circus shot against Morehead State. The 24 points by a freshman in his first game was the most in school history.