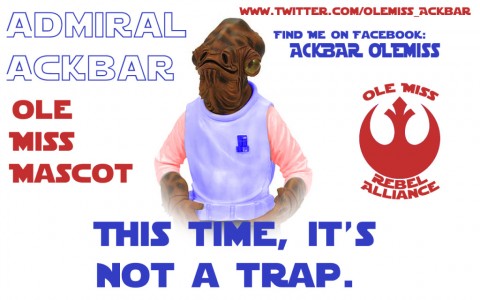 They say that, when it comes to football, life in the SEC is all about depth.  Perhaps the story rings true for Ole Miss, then, as their defense seems to be losing one player after another.  Last week, Senior Corner Back, Jeremy McGee, suffered a concusion, and is ‘day to day’ on whether he can play this weekend.  For Ole Miss fans, that’s the good news.

They are already missing Johnny Brown, a starting safety, who is out due to a knee injury.  But injuries happen, they are a part of football, and as much as I want to beat the Ole Miss Rebels on Saturday, I hope no one else finds themselves on the injured list, and that these guys make full comebacks.

What hurts the Rebels even more, is that apparently they can’t keep from shooting themselves in the foot.  Reserve Linebacker Clarence Jackson has been indefinitely suspended for violating team rules.  It’s uncertain what rules he violated (though there are rumors out there if you look a little bit,) but regardless he is unlikely to play against Kentucky.  Jackson had two tackles in four games.

With the Rebels defense running so dangerously thin, don’t be surprised to see some of these guys suiting up on Saturday.