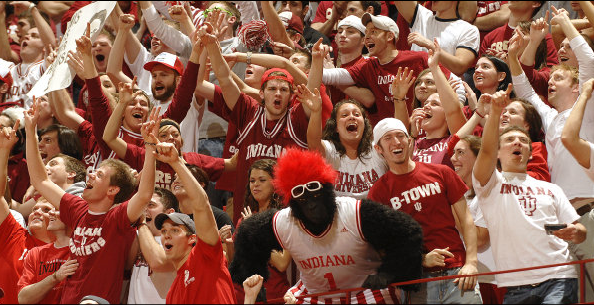 The Indiana students got a little too big for their candy-striped britches this afternoon, as they chanted “Beat Kentucky” toward the end of the Hoosiers’ 84-50 win over Stetson. Isn’t that adorable. This pretty much shows how the IU fans are viewing the UK game, and next weekend the Cats will visit an Assembly Hall that is likely to be as amped up as it has been since Tom Crean came to Bloomington. This is easily the biggest game to come to town in the Crean Era, as Indiana is undefeated, although largely untested, and will be looking to this game as a potential defining moment for the program. Kentucky will have to be ready to go even though they far outclass the Hoosiers in talent.

With all that said, the Cats have a week off and Cal won’t miss an opportunity to communicate the magnitude of the game for Indiana to the team. He might even call it their Super Bowl. Either way, UK won’t be caught off guard when the Hoosiers come out fired up and can make a statement with a dominant performance in their first road game. Until then, though, we get to enjoy the hopeful look in IU fans’ eyes before they’re abruptly returned to reality. They’re so cute, you know, right before they get crushed.