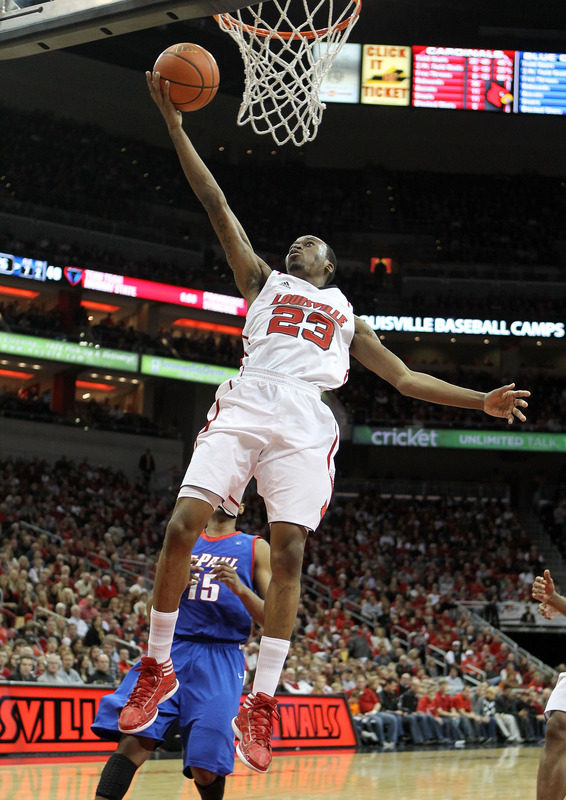 This is truly unbelievable.

Kevin Ware, one of Pitino’s favorites, was injured in practice today and it’s bad. Very bad. The rumor is that it’s a torn meniscus and he’ll miss the rest of the season. There is still no official word from the university but it doesn’t sound good for Kevin Ware and Louisville.

This comes just one day after Rakeem Buckles went down with an ACL tear that’ll likely end his career.

Regardless of the severity, it’s still another injury for Ricky P and the Birds.

Take a look at all of the injuries at UofL this season:

— Rakeem Buckles — out for the season (knee)

— Mike Marra — out for the season (knee)

73 Comments for Oh no… Another one goes down at Louisville