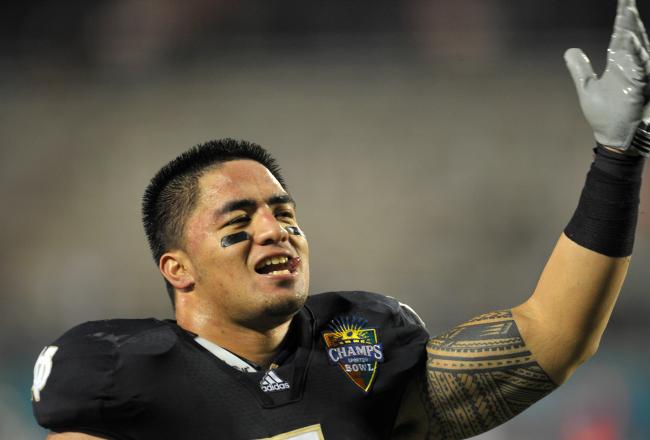 Notre Dame released an official statement after Manti Te’o and his girlfriend from Neverland broke the internet today:

On Dec. 26, Notre Dame coaches were informed by Manti Te’o and his parents that Manti had been the victim of what appears to be a hoax in which someone using the fictitious name Lennay Kekua apparently ingratiated herself with Manti and then conspired with others to lead him to believe she had tragically died of leukemia. The University immediately initiated an investigation to assist Manti and his family in discovering the motive for and nature of this hoax. While the proper authorities will continue to investigate this troubling matter, this appears to be, at a minimum, a sad and very cruel deception to entertain its perpetrators.

Yeah, so what about the part where he extended his hand to her after the Stanford game?  Ya know, after their stares got “so pleasantly tangled”?