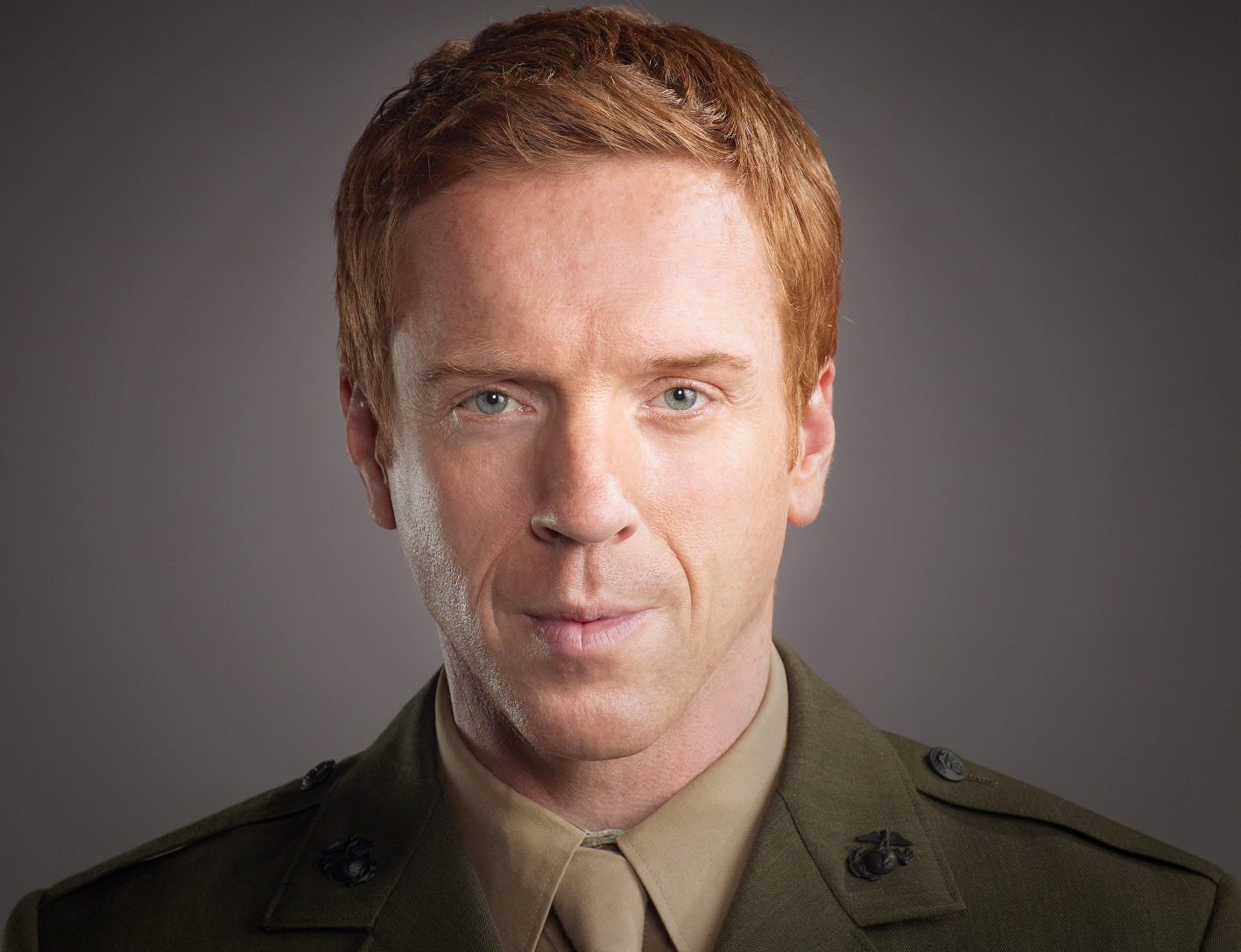 Nicholas Brody is the main character in Homeland, a Showtime series that starts back up this Sunday. Played by Damian Lewis, Nicholas Brody is a U.S. Marine who was held captive by Al Queda as a prison of war for over eight years in Iraq. He is received as a war hero by his fellow Americans when he returns home, but a CIA operations officer (Claire Daines) suspects he is a threat to the country after she is tipped off about an American prisoner that had been turned by the militant Islamist organization.

I won’t spoil anything for those of you who plan to catch up before the Season 2 premiere, but the show is one of the best on television. It won four Emmys on Sunday, including an upset win over Breaking Bad for Best Lead Actor and an upset win over Mad Men for Best TV Drama. Claire Daines and the show’s writers also took home Emmys.

Season 1 of Homeland is currently On Demand for you Showtime subscribers and you have six days to play catch up. I encourage you to do so. You won’t be disappointed. It’s one that will keep you on the edge of your seat.

The big news of the day from the world of UK football is the quarterback situation and whether or not Max Smith will miss his second consecutive game. Joker Phillips said his starting quarterback is day-to-day and they “think” they’ll get him back. If Smith can’t go, Jalen Whitlow could get the start over Morgan Newton. Joker told reporters that the staff has been prepping Whitlow to be the second option since the Louisville game but didn’t feel he was ready to take on the Swamp.

“When Max went down, we just felt like (Whitlow) wasn’t ready,” Joker said. “He wasn’t quite ready to go in in that type of environment.”

Joker also discussed the specifics of Smith’s shoulder injury and why the decision was made to sit him out: “He just reaggravated an old injury from last year.  So it was a deal where if he’d gotten hurt, if you’d have seen him in warmups, he wasn’t 100 percent and if he’d have gotten hurt, they think he could have been out for a significant time, and it wasn’t worth risking.  It wasn’t worth risking, like I said on Saturday.  I was treating him like you guys would want your son to be treated.”

“He wanted to play.  He’s a competitor.  You know, I get that. But again, we just thought it was the best thing for him and for this football program.”

If Joker had his way, the NCAA would issue every team a player like South Carolina defensive end Jadeveon Clowney. “They should issue everybody one of those,” he said.  “He’s even better this year.  He’s a lot faster, a lot quicker off the ball, uses his hands better.  Again, he would be the No. 1 pick this year if I was a GM, if he was coming out.  They should let him come out, I think.  They should let him â€‘â€‘ huh?  Yeah.  We could pick him up in the supplemental draft or something and that’s one of the guys I was telling you we gotta manage the ‘oh, shoots.’ When he’s coming at you with a screwedâ€‘up protection, what do I do with the ball?  Oh, shoot.  Here he comes.”

Clowney has 4.5 sacks on the season, the third highest individual total in the SEC.

As always on Mondays, the SEC released its game times for the following week’s matchups and UK got the time slot it was hoping to avoid. Kentucky and Mississippi State will kick off at 12:21 pm on the first Saturday of Keeneland’s fall meet. The game will be televised on the SEC Network and attendance will likely hit a record low.

This Saturday’s game against South Carolina will be televised on ESPN2. Kentucky is currently listed as a 21-point underdog.

Eric Lindsey of CoachCal.com has a practice report from UK basketball’s one-hour workout in the Joe Craft Center on Monday. It’s definitely worth a read if you want to click over there and see how everyone looks. If visiting other websites isn’t your thing, we’ll reward your loyalty with quick notes from Lindsey’s report:

— Goodwin is a good defender

— Goodwin will dunk on someone

— Nerlens is working on his hook shot

Do the Harrison twins even talk to their father? Aaron Harrison Sr. came forward on Monday and refuted yet another story about his boys, this time about their plans to visit Kentucky for Big Blue Madness. Papa Harrison said the twins haven’t made a decision about where they’ll be on October 12th, if anywhere. KentuckyScout.com reported late Sunday night that the Harrison twins planned to visit Big Blue Madness over Maryland Madness. That’s not actually the case, apparently.

Calipari and his staff were out in California on Monday to pay another visit to Marcus Lee. Lee, ranked No. 15 overall in Rivals.com’s 2013 rankings, is believed to be a California lean, but with Kentucky’s increased interest over the last month or so, don’t be surprised if our Cal moves ahead of the Cal Bears. He picked up an offer from UK last Sunday when Coach Cal was out west for an in-home visit.

Another highly-touted California native, Aaron Gordon, took his official visit to Oregon over the weekend and he’s looking at late October for a visit to Kentucky. According to his high school coach, it might be the last weekend of October. “Kentucky’s not finalized, but it might be that late October weekend, that 27th weekend,” Kennedy told sNY.tv. Gordon will visit Washington this weekend and then he has official visits to Kansas and Arizona scheduled for October 11th and October 18th.

Richie Farmer’s house was auctioned off Monday in Frankfort and it received zero interest from buyers. The foreclosed home was purchased for $175,000 by First National Bank of Manchester, the holder of the mortgage. The bank will sell the house to pay off the loan of over $317,000 that Farmer is unable to pay. The house was appraised at $250,000.

Teach Me How To Dougie.

It appears the bros of the Pi Kappa Alpha fraternity at Tennessee have been pouring alcohol down each other’s anuses. One bro was hospitalized with a blood alcohol content level of over 0.4, which could potentially be fatal. I like to party and I like my friends, but I’m not letting anyone get near my ass with a bottle of booze and a rubber hose. It must be a Tennessee thing.

That’ll do it for now. I’ll leave you with a highlight reel from the 2011-12 basketball season from our friend Jeremy Morton: