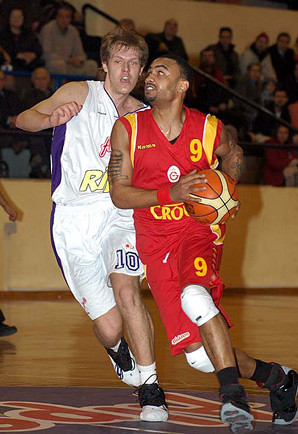 A couple of quick hits on one former UK player and one current UK player.

First, Darnell Dodson was a topic of discussion at the annual UK Ohio Convention. Assistant coach John Robic fielded some questions about Dodson and said that Darnell is eligible and not to believe everything we hear. Larry Vaught reports:

when asked if Dodson “would definitely be at Kentucky next season”, Robic quickly said yes.

So, there is that.

Second, Gerald Fitch might be Bologna bound. Reportedly, Virtus Bologna is interested in snapping up Fitch for their basketball team next season. Fitch is currently playing for a Spanish team, Fuenlabrada, and the Italians would have to negotiate some sort of deal to get their hands on the former UK guard. Fitch has been lighting it up over seas averaging over 17 points and 5 rebounds a game. There are worse things in life than having two countries with nice weather and beautiful women fighting over your basketball talent. Good luck to Gerald wherever he lands.