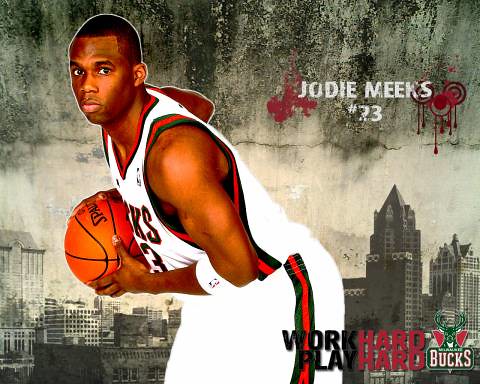 I know he is in Philly now, but. . .The Simpsons. Work Hard, Play Hard. Hot Stuff Comin’ Through.

There has been a lot of hype lately surrounding the 5 newest Wildcat entries into the NBA. As we continue to wind through the summer, some of the veteran Big Bluers in The Association are making news as well. Let’s take a look:

1) Jodie Meeks – Did you know the NBA had a summer league? Well, they do and one of your favorite former Cats is participating. Meeks will join the guy with the jacked-up spine that the 76’ers thought was better than Boogie for a series of games starting on July 5th. Wanna watch it? It’ll be on NBA TV beginning at 7:00p when Philly takes on the Russian Nyets.

2) Rajon Rondo – There is a lot of talk about the big free agency movement that begins tomorrow. Major players like LeBron James, Dwayne Wade, Chris Bosh, Dirk Nowitzki, David Lee, and Bryan the Intern are all ready to be fawned over by ever NBA team and reliving their college recruitment days (or living them for the first time, in some cases). Every blogger and talking head is in an absolute lather over what player is going where and what teams are in the mix. Most of the discussions never mention the Boston Celtics. ProBasketballtalk.com examines Team Green and the hard choices the GM, Danny Ainge, is going to have to make. Prominently featured in that discussion is whether to keep the team together or purge and build around Rondo now. Interesting that Rajon is considered the jewel in the crown and the other guys (Ray Allen, Paul Pierce, Kevin Garnett, Rasheed Wallace) are playing the role of pawn to any Celtic move.

3) Chuck Hayes – I’m a sucker for Hayes. Merely mention his name in an article and I’ll read it. I can’t tell you how happy I am that Patrick Patterson, a player that inspires equal amounts of exuberance, is joining the Chuckster in Houston. Another potential teammate? Chris Bosh. Dimemag.com thinks that the Texas native might come back to the Lone Star State should the LeBron/Wade shenanigans fall apart. The article does use Hayes as an example of the financial windfall that can come from playing in Houston although I’m not sure a Bosh signing would be a good thing for either of the former Wildcats. While playing with Bosh will probably improve both Patterson and Hayes’ game (and vice versa) the more talent that the Rockets accumulate in the front court, the less they will need either Hayes or Patrick.