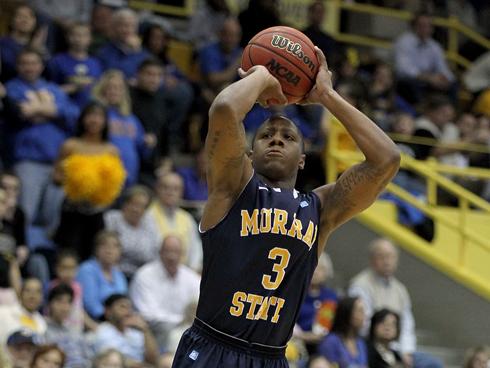 The 2012 ESPN BracketBusters matchups were announced tonight and your undefeated Murray State Racers will be participating in the nationally televised event. The Racers will host St. Mary’s on Saturday, February 18 at 6:00 ET on either ESPN or ESPN 2. The 20-2 Gaels are ranked 16th in the AP Poll and 18th in the ESPN/USA Today Coaches Poll.

This game is very big in terms of seeding for the NCAA tournament — as the name of the event suggests. Win this one and it’ll be tough for the selection committee to undervalue Murray State, assuming they run the table in the OVC.