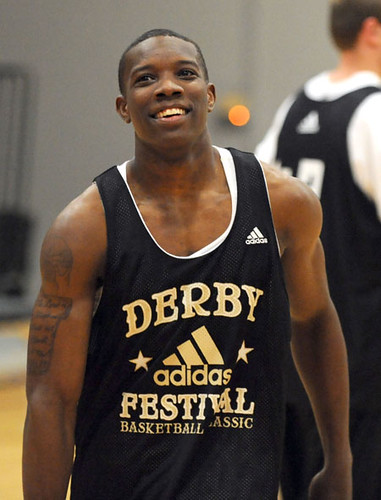 Yesterday, Jon Soloman of The Birmingham News posted a very interesting story about the Eric Bledsoe situation. For those of you that look at the wall of text and want a TL;DR (too long; didn’t read) synopsis, here are some of the more relevant items:

1) Huffman High School basketball coach Steve Ward, Bledsoe’s coach when he attended Hayes High, met with two NCAA officials in late February. Ward was asked to provide a copy of Bledsoe’s transcript from Hayes but said he no longer has the transcript.

2) Birmingham city schools Athletics Director George Moore encountered NCAA officials in late February wanting info about Bledsoe’s residency. The school district decided the information was personal and could not be provided to the NCAA.

3) Ward and Moore never heard from the NCAA after their interactions in February.

5) The AHSAA ruled that Bledsoe’s move, from a Woodlawn High school district to the Parker High district, was legitimate.

Give it a read as it provides even more information into the ongoing saga.

Update: I was going to grab some quotes from other articles for a summary, but John Clay beat me to it.