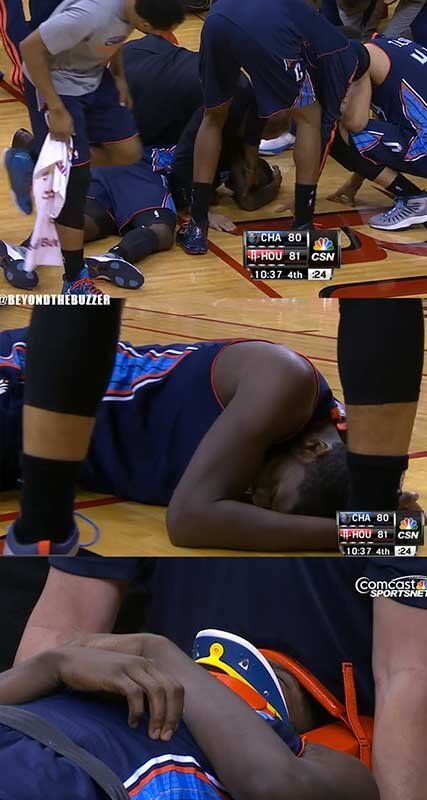 Reports are now saying that Michael Kidd-Gilchrist was talking and moving his extremities when he was taken to the hospital in the ambulance.

Thank you for your prayer. @mikegillie14 will be ok.

***Warning: Video contains footage of the injury that may be hard to watch…