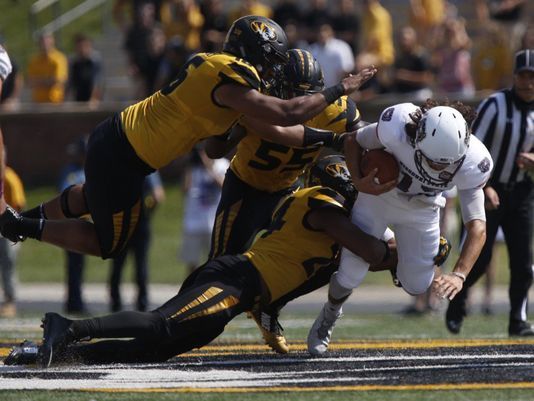 After giving up 74 points in two weeks, the Missouri Tigers have fired defensive coordinator DeMontie Cross.

Missouri has relieved defensive coordinator DeMontie Cross of his duties

To put it simply, the Tiger defense has been absolutely putrid to start the year.

Missouri defense has given up 861 yards & 9 touchdowns in first two games. I think this comes from a difference in opinion on defense scheme

Missouri heads to Kroger Field in three weeks, where I highly doubt the team’s defense drastically improves by then. If the first two weeks are any indication of the Tigers’ season success, the Wildcats are going to have an absolute field day with them.

Come on down, fellas.