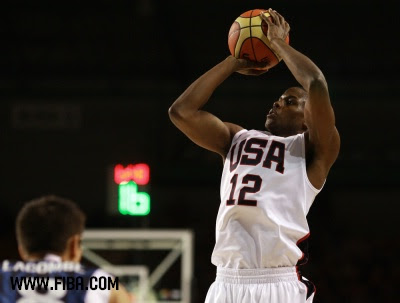 Kentucky forward Darius Miller is going to give international competition another try as the former U19 gold medalist will begin camp with Team USA Friday in hopes of making the World University Games roster.  Miller is one of 22 players who accepted the invitations to the camp, which will be held in Colorado Springs and trimmed to the final playing roster August 8.  The team will compete in China August 12-23 and will be coached by Purdue’s Matt Painter.  Butler’s Brad Stevens and Tennessee’s Cuonzo Martin will serve as his assistants.