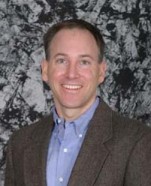 So Chip Cosby has to feel good….not the highest positive, but the lowest negative so far…..good for a man’s ego. We now move on to the sports voice for the most powerful AM radio station in the country, Lachlan McClain. Lachlan (as he is called by everyone) is on the radio from 7-9 pm and can be heard clear across the beautiful country of ours, ruminating on all that is good and bad about local athletics. He is not from the area, but unlike Chris Cross, has attempted to adapt and does a decent job of looking into local sports. He has a somewhat controversial style and is often critical of both the Cats and the Cards, but he does approach the show with humor, and while he isnt Chris Rock or George Carlin, he also isnt Margaret Cho or Dane Cook. Lachlan may be best known for reading the famous “Night Before Christmas” poem (written by our very own Turkey Hunter) that gave Willie Williams the hard-core bashing he deserved. In case you forgot, here was the Turkey post:

Lachlan read that….and then got suspended for two weeks….courtesy of KSR….go figure. So I have a little sympathy for Lachlan as we put him in that position. Still there are pros and cons:

— Knowledgable about a variety of different sports

— Not a big local guy….and when he is, tends to side with hometown Louisville.

— Sometimes a bit bland….certainly not edgy

— Lachlan is a weird name.

Still overall I like Lachlan….yes he is my competition on the radio (when I am on) and yes he has the power of WHAS behind him. But he is generally pretty good and does a fair job of being balanced in a city that likes to make you choose sides. I give the Lach man a “yes”….but warn him against ever reading a poem from this site again.

What say you? Use the comments to comment and vote in the poll. The standings: