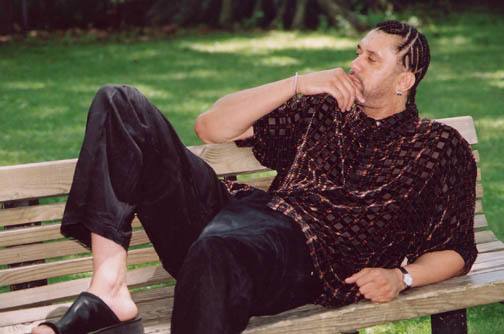 Next up on our list (after the hellacious beating that Chris Cross took) is the man with the plan, Kenny “Sky” Walker. Many of you remember Sky from his playing days, when the jump shot was sweet, the leaping was high and the box cut was kicking. Sky is one of the true legends of UK basketball, an unbelievable talent who was likely the best player to wear the Blue and White during the 1980s. He went on to the NBA, where he won the Slam Dunk contest and was known for his rim-rocking ways. He has since returned to the Lexington area and is a fixture at UK games and sporting events. Always dressed as smooth as silk (and usually in silk), Kenny is one of the nicest guys you will meet, always ready to talk to the fans. But Kenny also does radio, which makes us wonder….how does he rate. Here is the breakdown:

— An unbelievable knowledge of the game that one only gets from playing at the highest levels. Kenny has played against the best and knows what it takes to succeed. That means that when he makes a comment on a player, I generally think he is on the money.

— A desire to relate to the fans. The really great ones on radio actually LIKE their audience and think they are interesting. Many radio folks dont get that simple premise, but Kenny likes the fans and it comes through in his comments.

— A really funny sense of humor. The highlight of the beginning of the season for me last year was sitting with Kenny during the San Diego game (which otherwise was dreadful) and listening to his commentary on what (at the time) was a fairly bad team. Most of the jokes I cant repeat here, but if there had been a recording, it would be legendary.

— Can be negative and harsh. Kenny has taken a lot of heat for his criticism of Billy Clyde and has caused many fans to come after him. While it is true that Kenny was extremely hard on Gillispie early, his criticism was tempered as the year went on. But he still seems skeptical of Gillispie and that comes through in his commentary.

— A little of the “it was better in my day” belief….but this is true of all athletes.

— Those pictures….on one level great, on another awful….but I love them.

For me, I am a huge Kenny Walker fan. Every time I see him, he makes me laugh, even as he rags me for the stuff I write. We each share Mark Coury stories at every encounter and I generally really enjoy listening to his post-game commentary on the radio when I can get it. This rating is solely based on his media roles and not his basketball skills, but over time I think he has made the transition well. Firmly in the “talks to Matt Jones” camp and even a guest on one of our first ever podcasts nearly two and a half years ago, Sky gets a “yes” from me.

What say you? Use the comments and vote in the poll. The results so far: