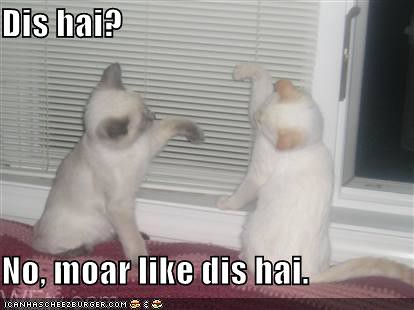 Brett Dawson had an interesting tidbit at the end of his column this week. In it, he listed the recently departed Wildcats height as they were measured at the combine. The information is below:

Now. I know we all know that college heights are fudged a little. Chuck Hayes was a recent famous example of someone that everyone figured was at least 2 inches below his listed height when he played at UK. The question is why? I can understand years ago if some sort of intimidation factor existed where opposing schools only had stat sheets for game prep or if the NBA took the college measurements verbatim, but neither of those issues exist any longer. Why don’t the colleges just take the measurements as accurately as possible? Who are they fooling? (Side note: Patterson probably grew a little in his time at UK. Also congrats to him for having the lowest bodyfat of the UK 5 at 5.3%. That is a man that hasn’t been to the Lexington 5 Guys yet.)

In a related topic, Ira Winderman of the Sun Sentinel plays the guessing game with the Miami Heat. UK alum and GM Pat Riley is said to be extremely interested in Eric Bledsoe despite the fact that Riley usually values height over other attributes. Part of the reason Bledsoe is being noted as an exception is his wingspan which was measured at a healthy 6-7 1/2.