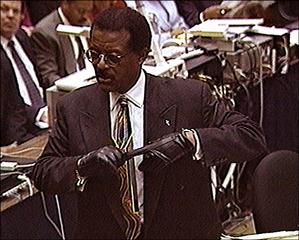 At a different time in my life (pre-Kentucky Sports Radio), I tried out for and was picked to be on, a reality show. It was to be the legal version of “The Apprentice” and was to star Johnnie Cochran instead of Donald Trump. I was picked to be on the show, but had to back out at the last minute due to a job and then I later read that the show never made it to air anyway due to contractual disputes with Johnnie. But a reader found and sent me this article (which I didnt know existed) that quoted me at the bottom during an interview I did at the tryout. Bizarre indeed and quite a find by a reader.

Now carry on with the Alex Legion chatter….