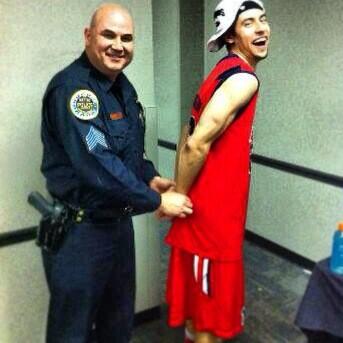 Marshall Henderson was once again full of sound bites following the Ole Miss SEC championship earlier this afternoon. His head coach, Andy Kennedy, said he was proud of Henderson for keeping his emotions in check this week. So keep in mind, this is an in-check Marshall Henderson. The MVP let it all loose, as he often does…

“Easy to make shots when you’re up 25, but when it’s a close game, your butt tightens up.”

“Billy Donovan was getting every call. It’s cool though.”

“All the other coaches here are losers.”

“Everyone gets paid if you win.”

(When asked about being banned from the post-game press conference) “I’m banned? I don’t care. I got my hardwood. I’m out.”