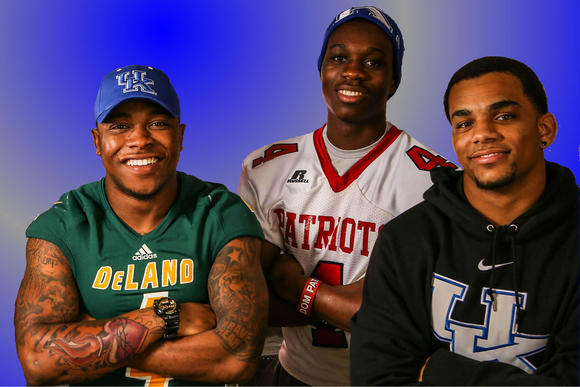 When it’s all said and done, I think most of us hope to be sitting down many years from now analyzing the success and longevity of Mark Stoops’ coaching career at the University of Kentucky. Stoops has lofty goals set out for the program under his leadership, and the coaching staff has already started putting the pieces together to build a new culture. The new culture will hopefully result in a sustained improvement over time for the Kentucky football program. Let’s just say for a moment that Mark Stoops is able to bring Kentucky out of the basement of the SEC, with the Cats no longer being a perennial doormat for the rest of the conference to pencil in as an “easy win” each season. Let’s say Stoops does put Kentucky into the middle, or even knocking on the top tier of the SEC by the time it’s all said and done. Let’s say that Kentucky consistently finds itself in bowl games at the end of each season, sporting 6-8 wins on a regular basis. Let’s say Mark Stoops and his staff bring in a top 10, top 8, or even a top 5 ranked recruiting class. Let’s say Commonwealth Stadium becomes a destination that other teams fear playing each season because the environment is electric, and the stands are filled to the brim each  Saturday. Let’s say a lot of these things go right, and fewer end up going wrong. When it’s all said and done… even if Mark Stoops leads Kentucky football to places it has never, or very rarely been… none of those things might be Stoops’ biggest contribution to Kentucky football. Mark Stoops’ most important contribution might just be the 2013 recruiting class.

That sounds crazy, if you consider all of the potential exciting things that could happen at Kentucky over the course of the next few years and beyond. But take a moment to think about what this season could have been like without the 60-ish day recruiting binge that Stoops and his newly constructed coaching staff went on upon their arrival in Lexington. The staff hit the ground running and made lemonade out of the lemons left by Joker Phillips. Although the class wasn’t pieced together exactly as the staff would have hoped for, considering how late in the game the whole process started– the end result was nothing short of impressive. If Kentucky doesn’t bring in the class it did for 2013, what kind of roster and season would we be looking at right now? The season is difficult enough as is, with a brutal schedule and a host of newcomers who are feeling their way through these first few games, learning on the fly in many cases. Kentucky is finding ways to keep fans positive and excited about the future, even if the results may not come this year. The momentum that Stoops has continued to keep rolling since his arrival has been aided greatly, even with the losses, by bright glimpses into the future.  How is the program able to keep some momentum? With guys like Za’Darius Smith, Jojo Kemp, Ryan Timmons, Javess Blue, Jason Hatcher, etc. The future is bright, and the production from the corps of newcomers has been simply invaluable during a period of transition between the Joker Phillips era of Kentucky football and the Mark Stoops era of Kentucky football.

The key contributors/starters from the 2013 Recruiting Class:

By my count, that’s approximately 10 players who are either currently starting OR at least contributing in a significant way for Kentucky over the course of the first 3 games. Some of these young players will see an expanded role as Kentucky moves forward as well due to productive and positive early performances. Let’s break things down even further…

640 Rushing Yards Total on the Season

830 Total Receiving Yards on the Season

The wins might come more frequently in the coming years, and the woes might still be plentiful for the remainder of this season; but the 2013 recruiting class may end up being one of the most underappreciated things Mark Stoops ever accomplishes while at Kentucky. The 2013 class was a huge bridge to connect some of the gaps left by Joker Phillips’ staff. The positives that have been coming out of this 1-2 season thus far can in large part be attributed to the newcomers on the roster.  Without these bright spots, much of the momentum and buzz surrounding the program could have been lost. While classes in the future might be more star-studded, Stoops’ first class has certainly been crucial.

21 Comments for Mark Stoops’ most important contribution so far: The 2013 Class