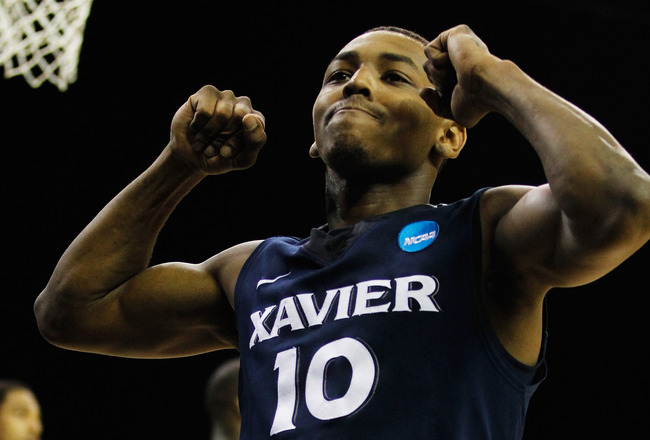 Like it or not, former Xavier guard Mark Lyons will visit Kentucky sometime in the near future. Lyons is interested in Kentucky, Arizona, and Kansas and he said he plans to visit all three schools.

Lyons is a legit guard who could come in and play right away, although many in Big Blue Nation would prefer to see Lyons move on down the road, as he is a very high risk, high reward player for Kentucky. There is the two-game suspension for throwing punches in the Cincinnati brawl; there is also the instant offense he’d bring to a team that could really use depth at his position. He scored 15 points per game for Xavier last season while sharing a backcourt with preseason All-American Tu Holloway.

If Lyons does end up at Kentucky, he would have to adapt to Coach Cal’s team-first mentality. His shot attempts per game would drop immensely and he’d split time in the backcourt rotation with Ryan Harrow and Archie Goodwin, likely coming off the bench as a reserve for the two. This is a situation, like many, where we should trust Cal’s judgement and his ability to get guys to buy into his system.

I’ll take this one however it turns out: If Lyons is in Kentucky blue next season, the Cats will be an even better team with the added weapon in the backcourt. If he goes elsewhere, I think the Cats will be just fine.