Every family has their unique Thanksgiving traditions. Some families play flag football games. Some families gather in line to go “Black Friday shopping.” Some families probably watched the Jets embarrass themselves on national television. In my family, we have one tradition and one tradition only: Mario Party 2. I was fortunate enough to grow up having 4 cousins in the same age range as myself. I’m not sure exactly when the tradition started, but judging by the fact that the game started on a Nintendo 64, I’m going to estimate that I was probably around the age of 10. One of the cousins randomly purchased Mario Party 2, and not because anyone particularly enjoyed the original Mario Party. For reasons still unknown to this day, Mario Party 2 was put in the cartridge (after carefully blowing in it of course, #N64Probz) and our family has never looked back since. We played once and enjoyed it enough to start another game immediately thereafter. Then it started to get a little competitive. Then we started to always pick the same character (Wario for me, always…the perfect mixture of skill and evil). Then it was 2 or 3 in the morning and we were on our sixth consecutive game of the day.

A year later, we gathered once again at the same household for 4 days together with the cousins. Remembering how much fun we had the previous trip, we decided to pull out Mario Party 2 for old times sake. Two days later and we now had a chalkboard with a running total of how many games each of us had won… Eight years later, even though none of us were particularly into video games, and much newer models of video game systems had come out– for us it was still Nintendo 64 and Mario Party 2. We all moved on to college, but once again continued to gather for our Mario Party 2 binge. The competition only heated up with each passing year. Strategies for mini games were memorized and we could almost call who was going to win each one before they started (For the record, I have never lost in “Tile Driver,” “Crazy Cutters,” “Hot Bob-Omb,” or “Face Lift”).

Today, we all sat down once again around the Nintendo 64 as college graduates– adults if you will. I am currently taking a 30-minute break (to everyone else’s chagrin) to write this while everyone anxiously waits for game #4 of the day to start. We’ve even created a “trophy/plaque” for the winner of each Thanksgiving to take home with them. If you look really closely, each character from the game is symbolically/abstractly represented on the plaque with the various colors. For those who are concerned, I am currently leading the Thanksgiving Mario Party 2 challenge of 2012 2-1. I’m 30 minutes away from putting on my Alex Poythress pants and finishing these fools.

And now on to the news and views from today…

– When the biggest news of the day is that John Calipari took the basketball team to go see the movie “Lincoln,” you know it must be Thanksgiving. I am going to run through a few happenings and thoughts on the day, but to be quite honest– the world of Kentucky sports essentially stood still on this Thanksgiving day. And that’s probably a good thing.

– Both the men’s basketball team and the football team apparently took in the Thanksgiving holiday at the home of their coaches today. John Calipari and Joker Phillips both opened their doors to their players if they were not within driving distance of their own families. Ellen Calipari made a turkey, and the players liked to eat it.

– After a game in which Morehead State gave a top-ten nationally ranked team an all out battle, even leading for large stretches during the game, the talk should have centered around the impressive performance by the team. Instead, all of the attention was squarely on MSU’s head coach, Sean Woods. Woods returned to the place where he spent some of the best days of his life as a Kentucky basketball player, and he walked out of Rupp Arena wrapped up in controversy. Unfortunately for Woods, the end of game antics in which he got in the face of Devon Atkinson, became the focus of not only the local media, but the national media as well. Sean Woods was all over Sports Center this morning for all the wrong reasons. Regardless of how you feel about whether or not Atkinson made an inappropriate comment to his coach, or if Woods was too aggressive in his response, or if Woods crosses the line with his in-game yelling… the situation has not shed a positive light on Woods and his program.

– Between the late game controversy and the pre-game comments about Kentucky from Woods, I think it’s safe to say he might wish he could have a “do-over” on the whole week.

– We are still awaiting the return of Ryan Harrow. If you missed the post-game comments from John Calipari last night, he gave a few more details on the situation– though he openly admitted that even he wasn’t 100% clear on all of the details. “(His) Mom’s a little concerned. You want the kid to be right and you want to make sure in his mind he’s right. He was getting better. That’s the sad thing about it. If I knew more, I would keep it from you. But I don’t know more.” UK spokesman DeWayne Peevy said shortly before the game last night that Harrow was expected to return to Lexington on Saturday. Fingers crossed.

– Kentucky will have to at least play one more game before Harrow possibly returns though, as they face LIU Brooklyn tomorrow night in Rupp Arena. We will spend more time previewing LIU Brooklyn on the site tomorrow, but if you’ll recall from the game before the Kentucky/Maryland game in the Barclay Center, LIU Brooklyn and Morehead State went down to the wire, with Morehead State narrowly securing the victory. LIU Brooklyn is winless on the season, though they are coming off a 25-9 conference championship season last year.

– If you are one of the fans planning on attending the LIU Brooklyn game tomorrow, John Calipari, Matthew Mitchell and the UK Athletic Department have a deal for you!

– The KSR World was rather quiet today, but KSR College’s Wilder Treadway takes no days off. If you haven’t met Wilder, you probably don’t know his obsession with what was formerly known as the SEC West. While most people can’t stand a Saturday afternoon game on a grainy television feed between Auburn and Ole Miss, that is Wilder’s Super Bowl. Wilder Muse (yes, that is his middle name. And no, I don’t know why) Treadway has started a new series on KSR College where he takes a look at interesting story lines from the rest of the SEC. Check out the first installment on KSR College.

– In football news, we are two days away from what is usually the most highly anticipated game on the schedule. Kentucky travels to Knoxville on Saturday to take on the only other team in the SEC who has yet to record a conference win this season. I am currently in Tennessee visiting my cousins for Thanksgiving, and if you think the Kentucky football coaching search talk is dominating the sports conversation…it might be an even bigger topic of discussion in Tennessee. My uncle claims to have a source who he calls “Squeaks” who is “deeply connected to the athletic department.” My uncle says that “Squeaks” told him that Tennessee is shelling out 50 million dollars for Jon Gruden. If you talk to any other Tennessee fan walking the streets, they will all sing the same tune as well. My uncle’s ringtone is also that “Apple Bottom Jeans, Boots with the Fur” song. I’ll let you do the math on that one to decide how much stock you want to put in his “source.”

– In Cats in the NBA news, Daniel Orton and DeAndre Liggins have both been assigned to the D-League.

– In other randomly perfect news, there’s nothing D-League about Tubby Smith’s new look. 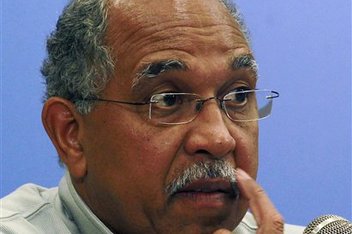 – One last thought before I leave you to move one step closer to taking home the Mario Party 2 plaque… I hope the piggyback ride becomes the new John Wall Dance/3 goggles. Every season needs something unique. If you see a Kentucky fan on the street, 3 years ago you would have both broken into the John Wall dance. Last year, you would have thrown them a 3 goggle. This year, go give them a piggyback ride. I’m not saying you have to, but I’m not saying I won’t do it to each and every one of you if I see you on the street in a blue Kentucky shirt.

We’ll have plenty more coming your way as we preview the LIU Brooklyn game and the KSR world returns to normal after the Thanksgiving festivities.