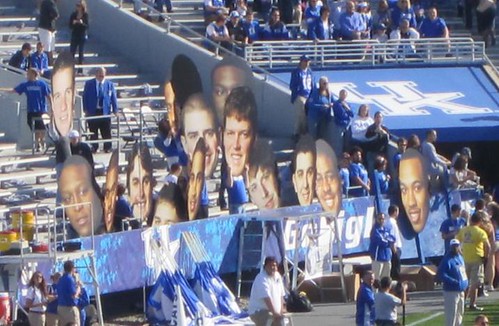 As a Kentucky football fan, there are few things that elicit a glorious sigh of relief than when the final second ticks off the clock against Vanderbilt.  But, this game wasn’t just about escaping disappointment.  It was about sending off a group that’s won a good number of football games and getting the sixth win that makes a fifth straight bowl game a reality.  So, pop open the bottle of NCAA approved beverage and tune in to Matt Jones on the UK football postgame show on WHAS 840.  Or, if you’re one of them fancy types, you can listen online here. Either way, you can make your bowl plans with the fattest head in Commonwealth not on a stick by dialing (502) 571-8484.