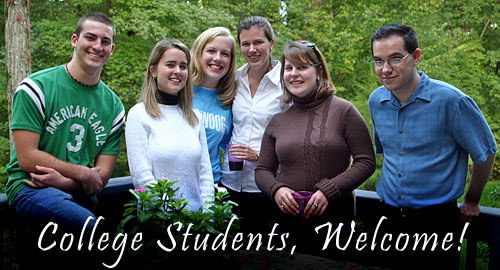 Quick! Where is Longwood located? If you said it is the town right next to where the Brady Bunch got locked up on their vacation to the Grand Canyon, you are incorrect. No, Longwood University is in Farmville, Virginia, a town best known for nothing. As you can see from the pictures above, Farmville students have a unique blend of dorkiness and fake smiles that you cant see at all universities and that is why it is home to such a great student body. The Longwood basketball team (known as the Lancers) come into Rupp Arena tonight and are ready to represent the Farmville area with pride and try to pull off a monumental upset.

The Lancers can be a formidable team. Just last week they beat Gardner-Webb, a school that I dont particularly like to talk about and would suggest that you dont either if you know what is good for you. The Lancers like to put points on the board and are known as a good three-point shooting squad. They come into Rupp as part of the Las Vegas Invitational tournament, an odd tournament in which no team gets eliminated and the semi-final brackets were created before the first round even occurred….go figure. Still yet, Longwood is ready to give the Cats all they can handle in the downpour in downtown Lexington.

We will have more on the game later, but for now, stare at the group of students that Longwood picked out to represent them on their website. Do we want to lose to a group like that? I think not…..