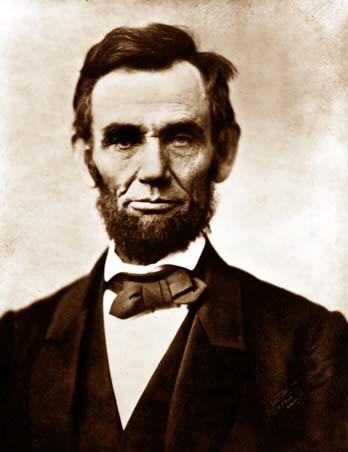 Today is the 200th Birthday for two men whose influence on modern thought and society could not be more profound. Abraham Lincoln and Charles Darwin were born on the same day, February 12, 1809, in different parts of the world. Lincoln was of course born in a log cabin in Kentucky, Darwin in a wealthy part of Shrewsbury, England. Yet both would come to change the core of their respective spheres of life, by clinging to one simple belief: that societies and species could evolve and that the change over time, would make them stronger. There is a new book by the editor of the New Yorker, Adam Gopnik, (Angels and Ages) that makes the point that Lincoln’s view that society did not need to be organized solely by hierarchical structues and Darwin’s view in the evolution of species both came from this similar starting point. The book is quite interesting (and worth your time), but what is the most fascinating to me about the subject matter is the amazing coincidence that these two men who are such dominant forces in modern history were both born on the same day. On that day in 1809 (when I believe Jerry Tipton first started at the Herald Leader), one would have never imagined that two newborns could have such an impact….which got me to thinking. If I am destined to change the world (via sports blogs), what other figure could be Darwin to my Lincoln? The only person of note that was born on that I could find born on that day was Jess Margera, Bam’s brother, who apparently plays in a band called CKY. Hope he gets famous soon.

(1): Today was a day of glee in Cat land as the celebration for the Florida win was ubiquitous. Just like the day after the victory over the Vols, the site numbers for this site were through the roof (breaking the week old unique visitor record set on Signing Day) and the celebration and smiles for UK fans could be found everywhere. Coming off the game we may have seen the birth of a new potential impact player (Galloway), a role player gaining confidence (Harrellson) and the formation of something resembling a non-exclusive Meeks-Patterson offense. Looking back on the game, that may be the biggest thing to take away from the experience. Yes Meeks got hot at the end, but for most of the game he did not shoot well. Throw in the fact that Patterson scored one point in the first half and was injured mid-way through the second, and that is a recipe for a loss. But Galloway, Harrellson, Porter and others stepped up and a win was conceived. Its likely the most “team” oriented win of the year and is likely why Billy’s smile was so big last night.

(2): Much of the concern today was about the status of Patrick Patterson’s ankle following his tough injury. After last night’s X-ray, which found only a sprained ankle, no further testing was deemed necessary for today. I spoke to someone close to the team who said that Patrick is still badly limping but that all expect him to be fine. No one is saying this officially but the scuttlebutt is that he may very well miss the game at Arkansas and that even if he plays, it is likely to very much be a “game-time decision.” Arkansas now has exactly one conference win and thus a victory in Fayetteville is beyond crucial. It will be up to the role guys again to make it happen if Patterson doesnt play…..and our man Josh Harrellson (who was serenaded with “Jorts” chants when he scored last night) will have a lot on his shoulders.

(3): Very sad news today out of Oklahoma with the story that Daniel Orton’s mother passed away. When I met Daniel at his announcement, he spoke of his fondness for his mother a couple of times and the family was a very tight-knit group. As with all losses, this will be a difficult one to take, but especially for a young man who is still in high school and living at home. Those in and around Kentucky have all sent their well wishes today, including Coach Gillispie who issued a statement expressing his sorrow. We wish Daniel and his family, who are now part of the Kentucky family, our prayers through this difficult time.

(4): Finally, in a story that will likely still develop a decent amount, Seth Davis took on UK fans and this site in some comments on Bomani Jones’s radio show in Raleigh. I will have more on this later today, but as Davis said that the UK fanbase had an “inferiority complex” about the Dookies, I thought about what I would see later this evening. And then I watched another Duke-ESPN-Mike Patrick slurpfest in Durham and saw how there would be nothing I would like LESS than cheering on Duke. When you watch Paulus, Singler, Sheyer and the rest, how can you do anything but wish them a loss? Duke has without question, the least likeable players in college basketball year in and year out. When I watch Calathes, I see a guy who plays hard, looks weird and has talent….but I dont hate him. When I see Sheyer, I see a guy who plays hard, looks weird and has talent….but I do hate him. Whats the difference? He has that Duke attitude….the one that slaps the floor, flops on charges and whines at every call. No Seth, I would never be envious of that, no matter how often it were to win.

And as for the game itself, while I have a soft spot in my heart for Dick Vitale (who admittedly is a Duke lover), I have no patience for Mike Patrick as he waxes on and on about the “special” environment in Durham. I have been there for many games and 3 Duke-UNC contests. It is a great place to watch a game and is a tremendous college basketball atmosphere. But it isnt any better than Rupp was when Jodie hit his three and Calathes missed his free throws. Those UK fans who say Cameron sucks are incorrect….it is great for big games….but Rupp is just as good, if not better and it is packed with UK fans, not obnoxious dorks from New Jersey.

We have a big day today. TOM LEACH LIVE BLOG AT NOON…..join us and ask question for the voice of the Cats. I will be starting at 11:30 so tune in for what should be a GREAT chat and live blog event. See you then…..