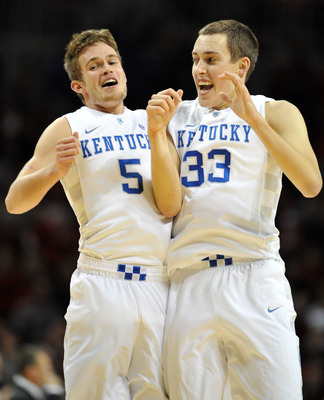 Jarrod Polson won the night, but Kyle Wiltjer gets the award. Wiltjer was named SEC Player of the Week after his performance in Kentucky’s win in Brookyln.  He scored 19 points with six rebounds, three blocks and two assists against Maryland. Wiltjer went 6-of-9 from the field, including a 4-for-6 clip from three-point range. The four three-pointers ranks as a career high in addition to a career-high three blocks. His 19 points are the most since scoring 24 against Loyola on December 22, 2011. He scored 11 first half points to reach double-figures for just the sixth time in his career.