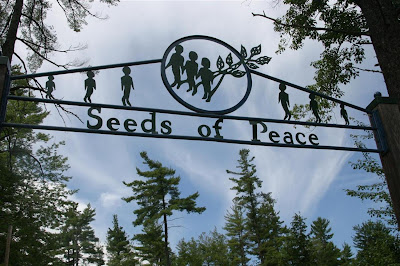 When we reported on Brandon Knight having no interest on playing overseas earlier this week, there was mention in the article of Knight helping out at a camp for foreign refugees.  A further update from the Detroit Free Press keys us fans in on the details of this camp and how Knight is helping those less fortunate during the early stages of the lockout.

Brandon Knight and Kyle Singler, both Piston’s draftees and represented by the same agent, are participating in the Play For Peace Program at the Seeds of Peace International Camp.  This camp runs for three weeks (although Knight only stayed for one before going home to workout more) in the woods of Otisfield, Maine.  Around 200 teen refugees from areas of conflict around the world participate in the camp.  Arn Tellem, the duo’s agent, organizes the event, now in its 10th year.

Tellem had this to say:

“As challenging times continue throughout the Middle East and South Asia, it is extremely beneficial to bring together athletes of diverse backgrounds to help teach the lessons of understanding and coexistence to these young campers,”

Knight dropped some lines, too:

“It’s just a validation,” Knight said. “Although they are going through some tough times at home it shows them there are some good people out there.”

It is always good to see former Cats doing good out in the real world, especially for those less fortunate.  In this trying time of the NBA lockout, these young rookies could be lost and looking for a way to keep occupied without being in contact with the team.  Instead, their agent has given them a positive and constructive outlet where they can be around the game while teaching others.  Also, they get to hang out with Brian Scalabrine.  THE WHITE MAMBA!  No championship team is complete without this ginger on the sidelines.  He and Michael Rapaport can join me on the court anytime.