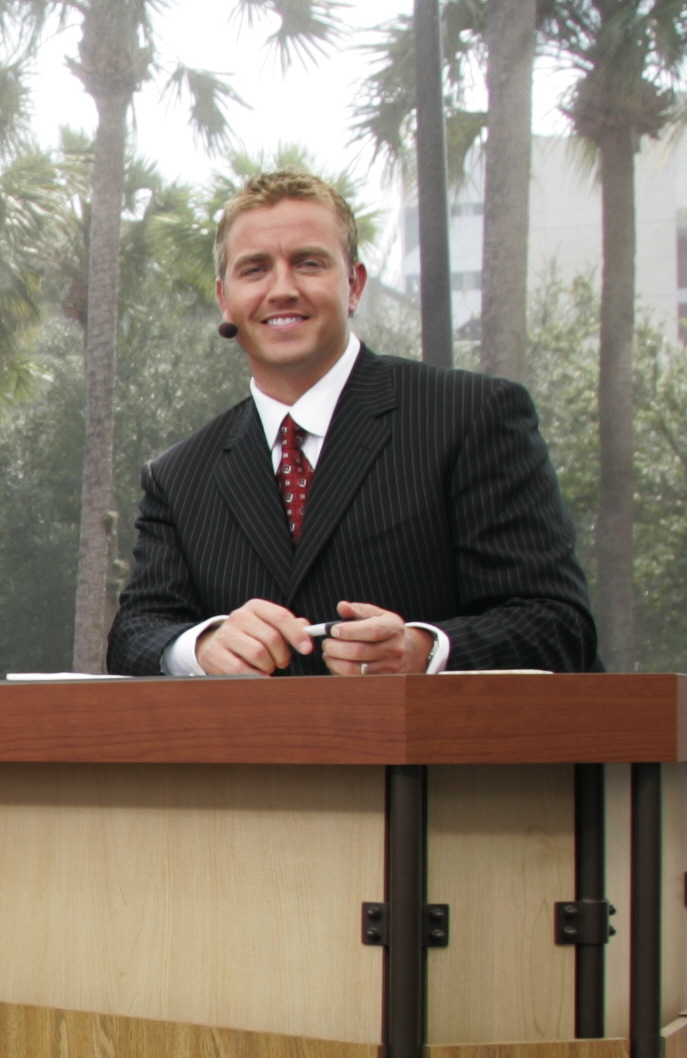 Breisner is tired.  Breisner is burnt out.  Breisner’s mind is blown by finding out Kirk Herbstreit is 40.  So, let’s make this quick.

(1)  First of all, a big shoutout to Micah Johnson, who was named to the Lombardi Award watch list today.  The award, issued by the Houston Rotary Club, is given to the top college lineman (offensive or defensive), will be dished out in December, but the initial list was released today.  Micah was one of 153 people (yes that’s a ton) named to the watch list.  The field will be narrowed to 12 semifinalists in October.

(2) The hottest recruiting name on the internet right now is Turkish big man Enes Kanter, regarded as Europe’s best player.  The Big Turk (not “Big Turk”) announced Tuesday that he’d be playing stateside at Findlay Prep, the winner of last year’s high school national championship.  Kanter, as Dustin noted earlier, had several lucrative opportunities to play professionally in Europe before heading stateside and stirred up tons of interest in winning the MVP of the U18 Championships.  He went for 35 and 25 against Serbia in the semifinals and then went for 35 and 19 in the finals against Lithuania.  While it’s still tough to guage the interest between Kanter and the Cats, you can rest assured that the staff is very aware of him.

Also, as a side note, Kanter actually made an appearance on KSR last October.

(3)  A little hot internet buzz got drummed up over the note from Brett Dawson that UK season tickets list the Mississippi State game at Commonwealth as a “blackout/homecoming game”.  Now, I honestly have no idea what that mean.  Could it be blacked out from TV?  Could it mean that UK is wearing black jerseys?  That the fans are going to be given black shirts to wear?  That Rev. Run’s son is performing?  It’s all a mystery at this point, but that’s what we love.  Uncertainity.  Sweet, speculative, message board flaming uncertainity.

For the sake of this post, we’ll address the jerseys and the fan blackout possibilities.  If it in fact means that the team will be wearing the black uniforms that have been an underground rumor for a few seasons, then good for them.  I’ll always be a proponent of only the blue, but a little “hey, look at us” factor for UK football certainly wouldn’t hurt.  But, having said that, I am completely opposed to any sort of black-out, blue-out, or white-out that involves the fans all dressing alike.  This is not the Big East.  This is the SEC.  Let’s not get too gimmicky here.

(4)  Another quick note that came down today was the announcement that ESPN would be featuring Kentucky in four of their eight Super Tuesday games this season.  The Cats, who also were featured on Super Tuesday four times last year, will be squaring off with Ole Miss at home and Mississippi State, Florida and South Carolina on the road.  In addition, the Worldwide Leader also announced that Gameday would be at Rupp for the February 13 showdown with Tennessee, giving the Cats, at the very least, five games on ESPN this season (I think UNC is too, but not positive).  I’d say there are probably quite a few more, but I don’t want to go and step on Buzz Baker’s toes.  You’ll just have to wait until Thursday.

(5)  The NCAA is apparently doing a little investigating into the eligibility of Tennessee running back Bryce Brown, who was rated as the top player in the country as a high school senior last year.  Brown is being investigated over the possibility that he took money to make his official visits.  However, it should be noted that this has nothing to do with Brown’s “mentor”, who threatened that he would play in the CFL and also failed in his effort to sell info on Brown’s recruitment online for $9.99 a month.  Brown is expected to see a lot of touches for the Vols this year….unless of course he ends up in the CFL.

That’s it for now.  Stay tuned throughout the day for more stuff about basketball and football and whatever else.  Who knows, really.  It could be anything.  See you in a few…