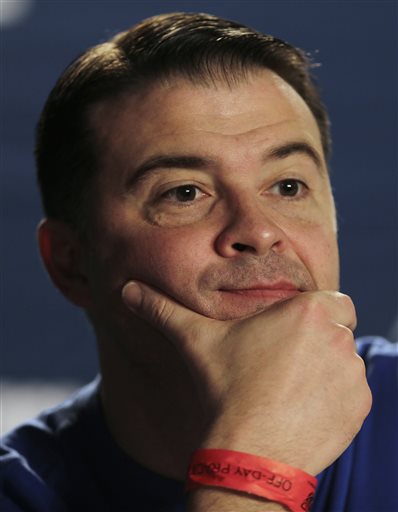 Well…that was ugly. In a rematch of last year’s regional final loss against the top seeded Connecticut Huskies, the Cats fell short of a Final Four…again. It was a close game early on, but a UConn run to end the first half sealed the deal and Kentucky went down hard 83-53. The Wildcats finish the season with a school record 30 wins to just six losses. Surely it will go down as one of the best year’s in program history, but as a fan you can’t help but be frustrated by the lack of success in “big moments” this year from the Cats (i.e. SEC Championship, Elite 8). A’dia Mathies finished her collegiate career as one of the best players ever to wear the jersey at Kentucky, but struggled tonight, notching three fouls early on scoring only 14 points. It will be another long offseason for Coach Mitchell as the Cats once again are left with the dilemma of “how to become elite in college women’s basketball”.

Jennifer O’Neill was the throttle to Kentucky’s offense early on, as she had nine points within the first 10 minutes of the game running and gunning and shooting hot from the field. She cooled off considerably and virtually faded away into the background when the Huskies made their run. A’dia Mathies looked considerably frustrated the entire time, and it’s hard to tell what such a mental player like herself thought about such a disappointing end to a career. Mathies finishes her time at Kentucky with 2,014 points, and will be regarded as the start of the Wildcat revolution in women’s basketball. In her career the Cats were 111-30, and the atmosphere of the entire team changed under her direction.

“They really really whipped us in every way imaginable tonight,” was the first thing Coach Mitchell had to say to the press tonight. For the first time in my memory covering this team, the Cats failed to win the turnover battle. UK had 21 turnovers to 18 from the Huskies, and UConn converted those into 24 points. Kentucky looked totally opposite of the team we have all grown to know and love over the years, and it will take Kentucky looking like Kentucky to finally break into the Final Four. “Wish we had been able to play better….A’dia has been a blessing for the University of Kentucky, and we are at a much better place now than when she arrived.”….wise words from the head man.

Consider this a formal letter to the NCAA requesting something to be done about the choosing of arenas in the women’s basketball tournament. The Huskies haven’t had to play a single post-season game in either Big East or NCAA Tournament’s outside of the state of Connecticut. Many times, higher seeded teams will find themselves playing road games in the NCAA Tournament against teams seeded lower than them, just because of a “court approval process”. Honestly, this makes no sense. It does well in terms of producing tickets and fan attendance, but it is taking away the term “neutral court”. Granted, the Cats would have probably lost the UConn either way tonight, but having a 94% Huskie crowd working against them did Kentukcy no favors.

Geno Auriemma is a maniac. First time seeing Connecticut’s head coach in person and two things I noticed were 1) he is really short. Napoleon complex? 2) he is really scary/terrifying. Not once in the whole entire game did he stop screaming at his kids, even when up by 20+ points. The guy obviously knows how to coach, as the Huskies are on their way to a NCAA record 6th straight Final Four, but I would not wanna be on the receiving end of one of his tirades…hence his control of the refs (wink wink hint hint)

Now what? Well, Matthew Mitchell has to find a gameplan to get his team to the upper echelon of the sport. Time and time again he has preached his goal of becoming the best college basketball program in the nation, and while the program has improved by lightyears under his direction, tonight proved there is still a ways to go. The past few years the Cats have been right on the cusp of breaking through into elite status but have failed to capitalize on numerous chances to do so. Yes, it is disappointing, but don’t let this one blowout of a game define the season for a team who has worked so hard all year. Matthew Mitchell said it best: “We will not be deterred. In a sports oriented society we expect things to happen quickly, but we will continue to march on to our goals.”

Lost in the hustle and bustle of UK Hoops’ tournament run was assistant coach Matt Insell’s departure from the program. Insell has been a Wildcat for five seasons, and just three days ago he was hired to become the next head coach of the Ole Miss Rebels women’s basketball program. The Rebels finished last in the SEC this season and are in total turmoil, so the energetic addition of Coach Insell only seems to make sense. At only 30 years old, Insell has been a vital part in inking the best recruiting classes in Kentucky history, and Coach Mitchell took some time tonight to applaud Insell on his contribution to the program. He is a class act guy, and everyone in Kentucky wishes nothing but the best for him.

That’s all I got folks. It has been an amazing season, and I’m extremely thankful to have had the opportunity to cover this team the length of the year. Shouts to Matt for giving me this chance, and shouts to the UK Hoops squad for making this the most fun I’ve ever had doing “work”. Until next year…