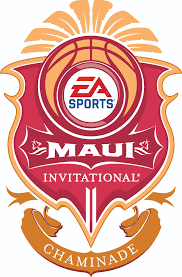 Everybody could go for a trip to Hawaii, right? Everyone that is except for Coach Cal. Team are invited to play in the tournament on a four year rotation but according to Jerry Tipton Kentucky turned down an invitation that would have had them playing in Maui in 2014. Cal has said before that he isn’t a fan of playing in the three games in three day tournaments and that:

He did not see any compelling benefit for Kentucky to play in Maui during Thanksgiving week.

As long as Cal is our coach don’t go booking any trips to our 50th state. Despite playing every chance we’ve had since 1993 it doesn’t look like we will head out west again anytime soon. At least all those trips to tournaments held in casinos and split apart like the “tournament” we played in Brooklyn this year are just as good, right? Right?

Tipton laid out some good reasons why UK has nothing to gain from taking a bid but it’s always been a great tournament to watch year in and year out. What are your thoughts upon hearing this news?

39 Comments for Kentucky Turns Down Trip To Maui