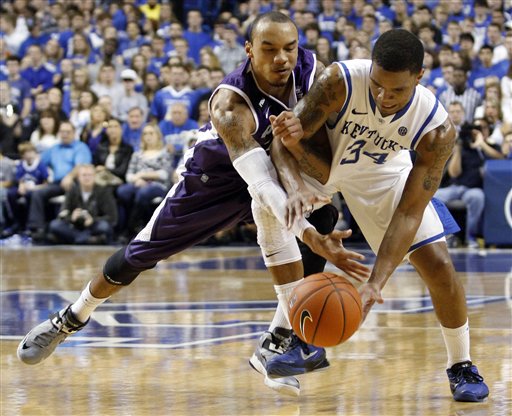 With just two days of Camp Cal under their belts Kentucky is already starting to play better. From the start Portland was over matched and while Kentucky struggled a few times this was one of the more complete games they have played all year.

Archie Goodwin and Alex Poythress lead the way for the Cats as they combined for thirty. The supporting cast got in on the fun too as Mays and Wiltjer scored in double digits while Nerlens flirted with a triple double. What was your favorite part of today’s game? Drew will be by shortly for the full recap.

78 Comments for Kentucky Soars Over Pilots 74-46