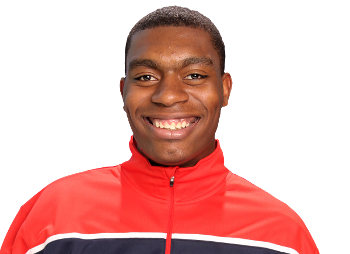 According to the mother of Dakari Johnson, Kentucky is a “major player” for the 6-foot-10 big man in the 2013 class.  She told Adam Zagoria that is in part because Johnson spent three years in Lexington at Sayre Middle School.  John Calipari’s track record of creating one-and-done players is also appealing to Johnson.

“I’m sure it’s appealing,” Johnson’s mother told sNY.tv. “One thing it says is that they are preparing for the guys for that next stage. I wouldn’t see why that wouldn’t be appealing…What he’s looking for in a school, too, is his development. Academically, he’ll be fine. He understands what he needs to do. He has a family of college graduates. He knows what he wants to study, he has his head on straight there but he does want to know that there’s going to be some development that takes place and that he’s going to play on a stage where he’s going to be recognized.”

Johnson is also considering Syracuse, Kansas, Florida, Ohio State and Georgetown.  He will wait until the spring to decide.

UPDATE: Evan Daniels now reports that Johnson has an offer from UK. That is a big development for a kid that really likes the Cats

28 Comments for Kentucky is a “major player” for Dakari Johnson